Court testimony has shown that marines in the unit shot dead five unarmed men after ordering them out of a car, and then killed 19 other people, including women and children in two nearby houses.

The killings came shortly after a marine was killed by a roadside bomb in the town, and prosecutors allege that the deaths were retaliatory.

The second man, Lance Corporal Stephen Tatum is charged with involuntary manslaughter and other charges. The original charges of murder against him have been dropped.

Tatum was one of the marines who “cleared” the homes in the incident, according to testimony.

At Chessani’s preliminary hearing in June at Camp Pendleton, several witnesses testified that local Iraqis had complained to Chessani about the killings and that he promised to look into what had happened.

Chessani passed on a letter from the Haditha town council asking for a investigation into the killings, but did not begin an investigation.

Chessani said he never ordered a formal investigation because he believed the deaths resulted from lawful combat.

Chessani was relieved of his marine command in April 2006. He could face up to three years in prison if convicted.

The prosecution, however, has already lost some momentum, with charges dismissed against four men since it began last December.

A decision on whether to go ahead with a court martial against Staff Sergeant Frank Wuterich, the man who lead the unit and who has admitted to shooting some of the Iraqi civilians, is yet to be announced. Wuterich said he acted in a response to attacks.

An preliminary hearing against one other marine is scheduled to take place in the coming weeks. 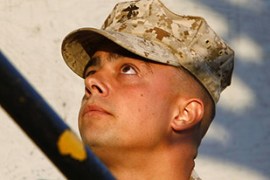 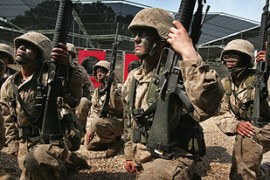 Fourth withdrawal of charges against US marines over Iraqi civilian killings. 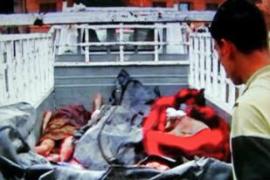 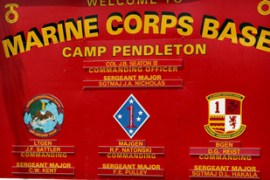 The US military has charged eight Marines over the killing of 24 Iraqi civilians in Haditha last year.