The US military said last Friday that the killing of al-Tunisi in a September 25 air strike was a “significant blow” to the group, describing him as being in-line to succeed Abu Ayyub al-Masri, al-Qaeda-in-Iraq’s leader.
In that briefing, Brigadier-General Joseph Anderson said US Air Force F-16 jet fighters carried out a raid on the target near the town of Musayyib.

Al-Tunisi’s “presence was confirmed by one of the two detainees from the  operation, one who left the target area just prior to the air strike, who we eventually captured minutes later,” Anderson said.

US ground forces recovered a handwritten note at the site that was believed to have been written by al-Tunisi, Anderson said.

“The key points in this hand-written note include; he’s surrounded, communications have been cut and he’s desperate for help.”

He said al-Tunisi oversaw the movement of foreign fighters in Iraq and designated areas to them from where they could launch suicide attacks and car bombings in the Baghdad area.

More raids by US and Iraqi forces were conducted against armed anti-government groups on Monday.

Sources said that 26 fighters were killed and 35 more were arrested in the preceding 24 hours in large-scale offensives in Diyala and Salahaddin provinces.

About 1,000 joint Iraqi military and police forces launched raids west of Samarra and Tikrit in Salahaddin, 175km north of the capital Baghdad, on Sunday.

They killed eight fighters and detained seven, Ahmed Sobhi, an officer in the province, said.

In Diyala, a joint US-Iraqi force killed 18 al-Qaeda fighters and detained 28 on Monday in a security offensive, media reports said.

An Iraqi military source told the news agency Voices of Iraq that a joint force of the Iraqi army and police backed by multinational troops mounted dawn raids in the area of Muqdadiya in Diyala, 110km north-east of Baghdad.

At least 18 al-Qaeda fighters, three of them Saudi nationals, were killed and 28 arrested in the raids, the source said.

In a separate incident in the same province, at least three were killed, two of them al-Qaeda suspects, and five wounded in fighting between fighters and locals, Voices of Iraq reported. 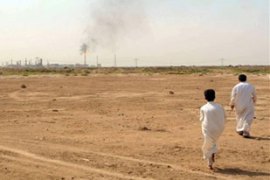 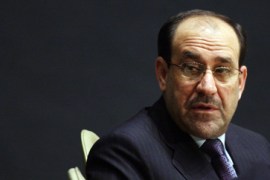 This week we discuss whether Iraq’s political leaders can reach an agreement. 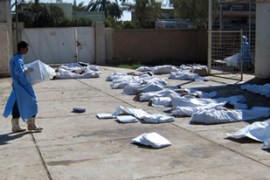 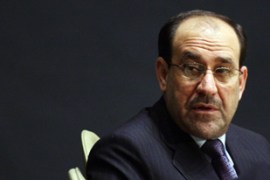