However, the unions’ united front appeared under strain on Friday, prompting the head of the General Confederation of Labour (CGT) union to appeal for unity to maintain pressure on the government.

“There will be a follow up if necessary,” Bernard Thibault, CGT president, said on French television.

“For that to be effective, it has to attract at least as many people as today and to do that, you have to prepare for it. And preparing for it means unity of the unions involved.”

The government wants to put state employees paying into so-called “special regimes” on an equal platform with civil servants and private sector workers – thus increasing their contribution period from 37.5 years to 40 years.

Sarkozy’s spokesman acknowledged that strong opposition had been expected, but said the government would not back down.

“The president was elected on a reform agenda and he will carry out these reforms,” David Martinon said.

“Now is the time for determination but also a willingness to listen.”

Meanwhile, Xavier Bertrand, France‘s labour minister, said that he would meet the main unions involved in Thursday’s strike next week.

“My door is open, and what I will search for with them next week is to find solutions to their main concerns…on the level of pensions,” he said on French RTL radio.

Polls show strong support for the government’s changes and opposition to the strikes. Many on the left and some unions agree state pensions need reform but argue that workers should not bear the brunt of any changes. 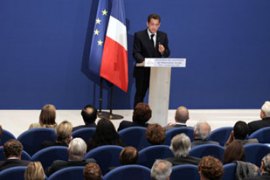 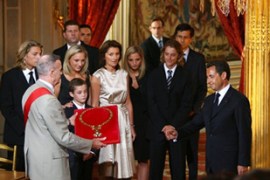 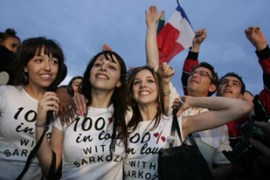 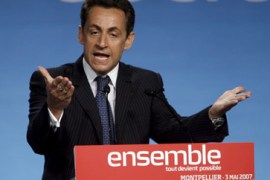