It said the move came “in the light of Mr Osman’s detention and in view of WFP’s duty to safeguard its staff”.
Interrogation
Mohammed Adow, Al Jazeera’s correspondent speaking from Nairobi, said: “A senior government official told me they had Mr Osman with them and the police were interrogating him, but they were not ready to give any more information.
“It is such arrests, and the complaints about humanitarian access, that have been a concern for many.”
Peter Smerdon, a WFP spokesman in Nairobi, said that Osman was being detained in Mogadishu.
“WFP is urgently taking his detention up with the authorities,” Smerdon said.
Barry Came, an agency spokesman at the WFP’s headquarters in Rome, said the organisation was “still trying to ascertain the exact circumstances” of Osman’s arrest.
Dangerous conditions
The WFP has said months of violence in Somalia have severely impaired aid deliveries, while elsewhere in Africa WFP employees also work in dangerous conditions.
Three truck drivers working for it were killed in Sudan’s Darfur region in the past few days, the WFP said on Wednesday.
Two of the men were killed in an ambush on Tuesday near the South Darfur town of Ed Daien, close to where 10 African Union peacekeepers were killed in September.
A third driver was killed on October 12 on the road from Nyala, the capital of South Darfur state, to El Fasher in North Darfur.

The WFP praised the slain drivers as “brave men” who worked to help others despite danger.

Kenro Oshidari, the head of WFP in Sudan, said the three men “knew the dangers they were facing but continued to work tirelessly to alleviate suffering and bring food to the hungry in Darfur”.
All three men worked for a private company that delivers WFP food aid to storehouses in Darfur, from where the UN agency and multiple aid groups then distribute it to about three million people.
Source: Al Jazeera, News Agencies 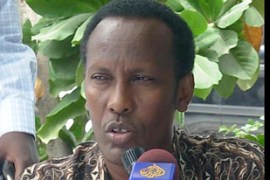 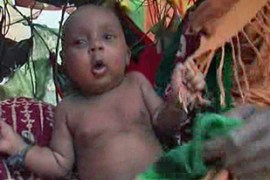