Turkey’s threat of military action against Kurdish fighters based in northern Iraq has, for Turkey’s own Kurds, brought back memories of the 1990’s, when the army destroyed Kurdish villages in Turkey’s southeast.

Today, the villages torched by Turkey’s army, are all but deserted. Only a few people struggle on.

“For years the soldiers stopped us using these fields,” explained Menaf Kaplan, a Kurd travelling back to the village where he was born.

Some Kurds are making an effort to rebuild their homes, but they are few.

Neglected by the authorities, with no school or clinic, it is not hard to see why people do not come back.

Menaf himself has a new life in a city now.

“We know who is guilty,” he said. “But I don’t let anger take me over. We must keep calm about what has been done to us. Blaming people does not solve anything. Instead we have to start talking to each other.”

“I love Turks as much as I love Kurds,” he said.

The Kurds are Turkey’s largest minority and while many have now moved to the cities, the Kurdish population is based in Turkey’s southeast and across the border in northern Iraq.

Economic disparity between Turks and Kurds and repression by the government, including the banning of the Kurdish language, led to the formation of the PKK, an armed separatist movement, in 1984.

The army’s constant battle with the PKK escalated in the early 1990s and Kurdish villages in the south east were systematically destroyed in a bid to stop villagers with the separatists fighters of the PKK.

Many of Turkey’s Kurds support the group as a force fighting for Kurdish rights in the country, though many do not sympathise with the group’s separatist sentiments.

After 11 years in the city, Menaf’s uncle and aunt returned to their village and built a new house, but they could not convince their children to follow them.

Lonely, sometimes they regret their decision.

Huseyin Ay, a Kurdish villager, said: “There’s no life in this village anymore. Nobody to talk to. No young people falling in love.”

“In the Ramadan holiday I was all alone. I only had the animals around me. I felt like crying for the suffering of every-one in this region.”

In recent years, Turkey’s Kurds have dared to hope there is room in Turkey for their culture and that there will be peace, but now, as Turkey threatens a military incursion into northern Iraq, they fear a return to war.
Source : Al Jazeera 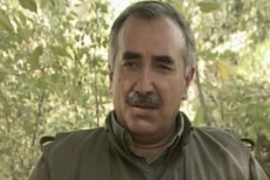