Activists resign
Meanwhile in Colombo, the capital, four activists resigned from a government advisory panel on human rights, saying that officials were more interested in fighting separatism than protecting human rights.
The 10-person panel was formed last year and members said they had hoped to push the government to investigate and prosecute military and police officials blamed for an ongoing wave of assassinations, illegal detentions and disappearances of civilians.
A letter submitted by the activists said that the government had shown “unwillingness and/or inability” to follow the panel’s advice said that far from protecting human rights “violations have increased since the committee was constituted”.
Other violence
On Monday, fierce fighting broke out in northern Sri Lanka when rebels attacked government forces across the front lines in Mullikulam village, in the Vavuniya district, the site of intense fighting in recent weeks.
The military initially said 30 Tigers had been killed in the attack. On Tuesday the military revised that number to 20, but gave no explanation for the discrepancy.
In a separate attack, in the northern Mannar district, suspected Tamil Tigers shot dead two policemen and wounded two more, the military said.
There was no immediate comment from the Tamil Tigers, a group which has been fighting since 1972 for autonomy in Sri Lanka’s north and east.
Source : News Agencies 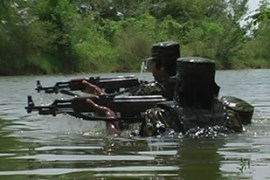 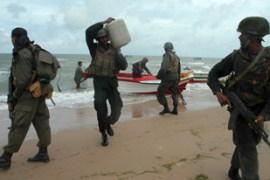