But he warned that the biggest threat to China’s stability was corruption, which he said could undermine the party’s grip on power and would not be tolerated.

“Resolutely punishing and effectively preventing corruption bears on the popular support for the party and on its very survival, and is therefore a major political task the party must attend to at all times,” he said.

Hu offered to enter into negotiations with Taiwan towards a peace agreement in an overture to the self-ruled island which China sees as a renegade province.

“We would like to make a solemn appeal: on the basis of the one-China principle let us discuss a formal end to the state of hostility between the two sides [and] reach a peace agreement,” Hu said in a 58 page speech on Monday.

Unlike his predecessors, Hu did not threaten to take Taiwan back by force, but he warned the island against formally declaring independence.

“China‘s sovereignty and territorial integrity brook no division, and any matter in this regard must be decided by the entire Chinese people, including our Taiwan compatriots,” he said.

“China will never allow anyone to separate Taiwan from the motherland in any name or by any means,” he said in apparent reference to a plan by Chen Shui-bian, Taiwan‘s president, to hold a referendum on seeking UN membership under the name Taiwan.

Taiwan’s government had previously sought membership under the name Republic of China.

Hu promised policies that would benefit the island and protect the huge investments by Taiwan firms in China. He also called for a resumption of direct trade, travel and mail links.

China has claimed sovereignty over Taiwan as a province since their split in 1949 when the Communists won the civil war and the defeated Nationalists fled to the island.

“We would like to talk about everything. Our consistent position is to talk without any preconditions … We want to wait to see more. [Hu’s] actions speak louder than words,” he told Reuters.

Succession planning
The 17th congress brings together more than 2,000 delegates from across China to evaluate the country’s progress over the past five years and map out the road ahead.

It is expected to see several days of backroom political manoeuvring as Hu moves to stamp his authority on the party and cement his leadership of the country.

It may also give an indication of who will next lead China when Hu, as is expected, steps aside at the next congress in five years time.
In his address, Hu said China was at “a crucial stage” of reform and development, but that governing institutions needed to be more responsive to the country’s changing needs.
Hu, who has cultivated a man of the people image, has frequently warned that in order to keep its grip on power, the Communist party must not be seen as detached from the concerns of ordinary Chinese.
The speech also made liberal reference to “scientific development” – a trademark of Hu’s presidency, calling for a more equal redistribution of growth and more efficient use of China’s increasingly stretched resources.
Hu noted that China’s economic growth had been “realised at an excessively high cost of resources and the environment”, saying that officials needed to take more responsibility for conserving energy and reducing emissions.
Party priority
While China has changed immeasurably over almost three decades of economic reforms, the congress is a sign of what has not changed.

“We must uphold the party’s role as the core of leadership in directing the overall situation,” Hu said, signalling that while limited political reform would continue, the party had no intention of loosening its grip on power.

“In deepening political restructuring, we must keep to the correct political orientation,” he added. In the run up to the congress, China’s leaders have taken no chances of dissent upsetting the show.
Tight security has been put in place around the Great Hall and neighbouring Tiananmen Square, while in the online world, thousands of blogs and message boards have been shut down.
Dozens of activists are reported to have been arrested or put under surveillance.
The congress is expected to last about a week, although no formal closing date has been announced.
Source: Al Jazeera 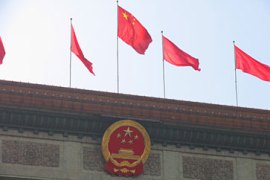 With 73 million members, the CPC is the biggest political party in the world. 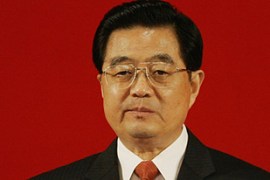 The Chinese leader departs from his predecessor’s path towards development. 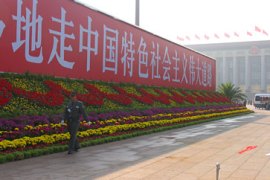 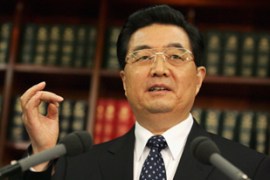