“The shelling began on Saturday night around 10pm [1900 GMT],”  an Iraqi officer told the AFP news agency, speaking on condition of anonymity.

The PKK, which is labelled as a terrorist group by Turkey, the United States and the European Union, began an independence struggle in  Turkey in 1984 that has left more than 37,000 people dead.

Turkey and Iraq last month signed an accord pledging to combat the group, but failed to agree on a clause allowing Turkish troops to carry out  in  “hot pursuit” operations against rebels fleeing into Iraqi territory, as they did regularly in the 1990s. 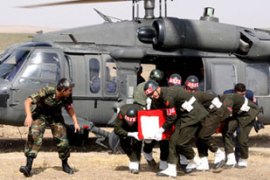