Work at the site was halted without explanation in June, but Edri said that it would resume “very soon”.

After Ederi’s announcement, Raleb Majadele, the only Arab in the Israeli cabinet, filed an appeal against the project, halting progress for two weeks.

“I want the excavations delayed because it is very bad timing under the present political conditions,” he said, citing a planned US-sponsored peace conference in November and the current Muslim holiday of Eid al-Fitr.

Dalit Menzil, a spokeswoman for the Israel antiquities authority, said the agency was waiting for government orders to resume the dig. She said “preservation, documentation and stabilisation” work has continued uninterrupted.

Adnan Husseini, an adviser on Jerusalem affairs to Mahmoud Abbas, the Palestinian president, said the move threatened to derail the meeting in Maryland.

“Always, whenever there is an important move toward peace, they do something to enrage Palestinians,” he said.

Israel dismissed previous objections as politically motivated and said that the work needed to be carried out to replace a ramp which was dangerous after being damaged in a snowstorm in 2004.

The compound is revered by Jews as it is believed to be the site of two destroyed biblical temples. 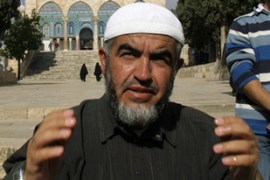 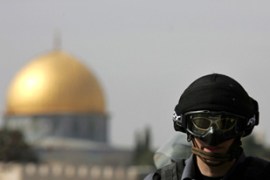 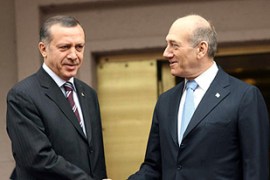 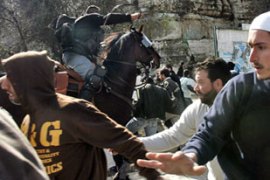 Protests against the work come ahead of a Middle East peace summit.