Sheikh Saleh al-Obeidi, Sadr’s spokesman, said : “After the US Congress voted to divide Iraq, it is clear that insisting on applying federalism in the current tragic Iraqi situation is a flirtation with the [non-binding] US Congress resolution [calling for a transfer of power to three self-governing regions – or Shiites, Sunnis and Kurds].”

The SIIC is one of the largest parties in the Iraqi parliament and a key supporter of Nuri al-Maliki, the prime minister.

On October 6, Sadr and al-Hakim agreed their respective militias stop attacking each other.

Meanwhile, political differences still remain and al-Hakim has argued in the past for uniting the nine Shia-majority provinces in southern Iraq.

The US Congress resolution, sponsored by Senator Joseph Biden, was dismissed by Maliki, who called it an infringement on Iraqi sovereignty even though it was backed by the government in the northern Kurdish region.

However, the principle of federalism is included in the Iraqi constitution.

But Sunni Arabs, who form an estimated 20 per cent of the population and are largely located in central, resource-poor parts of the country, are also against federalism, fearing it would deprive them of oil wealth. 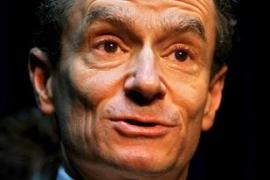 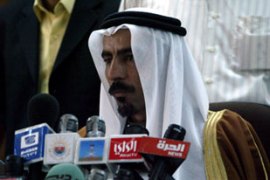 Ricardo Sanchez says the war’s US political leaders are “incompetent” and “inept”.