The decision by the SPLM, the political wing of the south Sudan movement which fought the Khartoum government for more than 20 years, is the culmination of months of tension and disagreement between the two main partners in the national government.
Under the peace agreement, the southerners will have a chance to vote in 2011 on whether they want to remain part of Sudan.
‘Poisonous’ atmosphere

In September, heavily armed police stormed three SPLM offices in Khartoum, vandalised property and, in one case, broke down a door in raids that the SPLM says took place after defamatory attacks against senior SPLM officials in the national media.

Andrew Natsios, the US envoy for Sudan, said last week that relations between the northern and southern politicians had deteriorated into a “poisonous” political atmosphere.

“We are deeply concerned with the health of the comprehensive peace agreement [between north and south],” he said after a 10-day trip to Sudan.

Amum said the contentious issues that needed resolution included “the obstruction of democratic transformation, lack of initiation of a national reconciliation and healing process … non-completion of SAF [Sudanese army] deployment [and] lack of transparency in oil sector operations.”

The 2005 peace agreement laid down arrangements for sharing of wealth and power between the national government and the semi-autonomous government in the south.

But the two sides have argued over many aspects of implementation.

The southerners have consistently raised doubts about the sincerity of the National Congress Party, the northern party which dominates the national government.

They saying the National Congress Party has been implementing the peace agreement selectively and has tried to renegotiate some aspects of the text.

The most contentious issues include the protocol on the oil-rich Abyei area, demarcation of the north-south border, and withdrawal of northern forces from the south.

“It is mainly a problem of sharing power, a problem about the ministries, and about the policies in the federal government,” he said.

“Secondly, there are a number of issues that are unresolved. For example, the borders between the two sides, and the democratic forces … 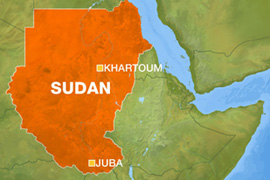 “It is also about other issues such as oil revenues, that the SPLM say they don’t get enough of. And they complain that the government does things without consulting them, such as firing diplomats and curbing media freedoms.”

He said the Khartoum government has its own perspective on this too – they say that the SPLM has failed to implement the changes in the south that is under their jusrisdiction, in terms of development.

“And now they want to create a crisis to divert attention away from their crisis in the south, which is their failure to build anything, even though they have $1bn in revenue every year,” Vall said. 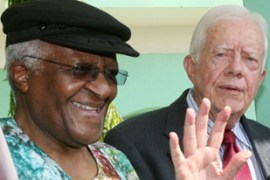