The refugees have been at the Nong Khai detention centre, northeast of Bangkok, for 10 months.
US war allies
An ethnic minority in Laos, the Hmong fought with the US against communist forces in the 1960s and 1970s, as the Vietnam War spilled over into the region.
After the US pulled out of the area in 1975, hundreds of thousands of Hmong fled Laos, many of them settling in the US.
Thousands escaped with their families to live in the forests or fled to Thailand.
Many of those who did not flee were sent to Laos re-education camps where hundreds died.
Thailand, which says it cannot cope with the influx of asylum seekers from neighbouring countries such as Myanmar, Cambodia and Laos, is keen for the refugees to return home.
General Nipat Thonglek, director of Thai border affairs, told Al Jazeera that it was “very clear” that the Hmong “are just illegal migrants in Thailand”.
In August, General Surayud Chulanont, Thailand’s prime minister, said the Hmong asylum seekers could become a “never-ending problem”, calling them “a burden in every way for us”.
Plans to repatriate the refugees early this year were halted following promises by Western countries to resettle them.
But last week’s deal between Thailand and Laos means that time is running out for the refugees.
Seeking protection
The six legislators from Wisconsin, California and Minnesota, home to a large group of Hmong refugees in the US, wrote asking the US state department to protect the Hmong in Thai custody.
“As longtime advocates for the Hmong, it is our hope that the United States will remain a leader in seeking protection and assistance for the detainees in Nong Khai,” they wrote to Condoleezza Rice, the secretary of state.
“We urge you to continue pressing the Thai government to provide better living conditions for these detainees, and to ultimately bring about a swift resolution to this ongoing problem.”
They said the Thai government appeared to be “decreasing its commitment to assist Hmong fleeing persecution from Laos and blocking efforts to resettle eligible individuals to third countries”.
Al Jazeera found the refugees living in poor conditions when it visited the Nong Khai detention centre last month.
Source : Al Jazeera, News Agencies 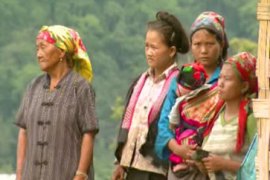 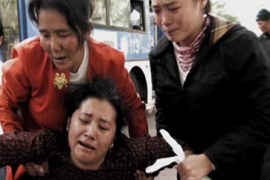 Hmong refugees in Thailand fear persecution if they are forced to return to Laos. 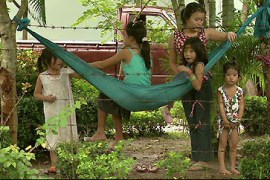