Yushchenko complained that results were being released too slowly in those areas and ordered “law-enforcement agencies immediately to begin an investigation”.
Fluctuating fortunes
Yushchenko and Yulia Tymoshenko, a former prime minister, were joint leaders of the 2004 pro-democracy Orange Revolution.
Preliminary results on Sunday had given a small but steady lead to the Orange allies, but late results on Monday ate away at that lead.

With 83 per cent of the vote counted, Yanukovych’s Regions Party was ahead with 32.76 per cent, followed by the Orange duo – Yulia Tymoshenko Bloc’s 31.75 per cent and Yushchenko’s Our Ukraine’s 14.84 per cent.

The combined 46.6 per cent for the Orange bloc was only 1.5 per cent ahead of the total vote of Regions, plus three smaller parties that could in theory join Yanukovych’s party in a coalition.
For his part, Yanukovych told his opponents not to celebrate too soon.
“We won and I am sure that we will form the government,” he was quoted by Interfax as saying.
Nevertheless, about 3,000 flag-waving supporters of his party gathered on Kiev’s main Independence Square on Monday for what was billed as a victory rally.
Coalition talks
Al Jazeera’s Jonah Hull reported that Tymoshenko would hold coalition talks on Monday with Yushchenko, who have said that they intend to form a coalition.

In the event, the result would mark the return of the two politicians.

Rigging prompted the 2004 Orange protests that overwhelmed Kiev for weeks in the aftermath of a presidential poll, initially won by Yanukovych.

The supreme court annulled the vote and ordered a new poll that Yushchenko went on to win at the head of the Orange Revolution.

Tymoshenko was briefly the prime minister after the revolution until she fell out with Yushchenko.

Taras Kuzio, a Ukraine specialist at George Washington university, said: “The Orange Revoltion has been saved by Tymoshenko’s election results. She saved it from oblivion.”

Some analysts question whether Tymoshenko will be able to overcome previous personality clashes with Yushchenko.

They also point out that in any event Yanukovych’s party is bound to remain a major force.

Russia had strongly backed Yanukovych and saw the Orange Revolution as a crushing foreign-policy defeat – straining relations with both Yushchenko and Tymoshenko.

In Moscow‘s first reaction, Viktor Chernomyrdin, the Russian ambassador, said late on Sunday that “we will work with any government”.

But Russian parliamentary deputies and experts cast doubt on the viability of an Orange victory. 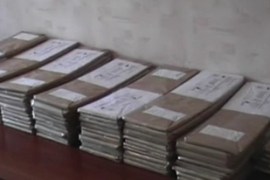 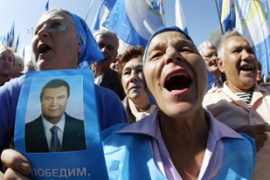 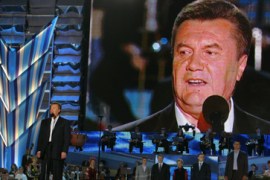