By
There were conflicting reports about whether the suicide attack was the first in Pakistan carried by a woman.

Investigators at the scene told the Associated Press that the bomber was a woman who had been wearing the head-to-toe burqa.

But Asar Isdlam, a local police official told the AFP news agency: “A man disguised in a burqa got out of an autorickshaw when police stopped the vehicle for a search at a checkpoint. He then blew himself up.”

Ameer Hamza Mahsud, Bannu police chief, also said that examination of remains “confirmed that it was a male suicide bomber”.

Pakistan’s military has suffered a string of deadly attacks since a peace treaty with tribal elders broke down and government troops stormed the Red Mosque in Islamabad in July.

Also in Bannu on Monday, more than 20 Pakistan troops went missing, feared kidnapped, after a gunfight.

Abdul Nawaz Khan, district officer of the Bannu frontier force, said more than 100 fighters had surrounded a security post and fired rockets and mortar shells. Communication with the troops had then been lost.

Bannu, a major garrison town near Pakistan’s troubled tribal areas on the Afghanistan border, has seen frequent clashes between government troops and fighters loyal to the Taliban and al-Qaeda. 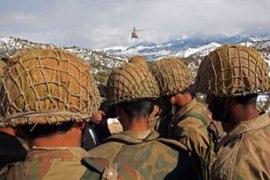 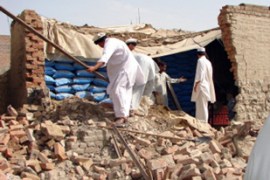 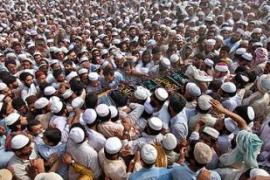 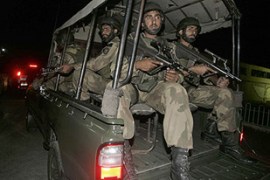