Envoys at the talks struck a draft agreement on Sunday on the next phase of ending North Korea‘s nuclear weapons programme but called a recess for the respective governments to review the plan.

But South Korean officials say they do not want to sour the mood by pushing Pyongyang on what they call “sensitive issues”.
So Pyongyang’s nuclear weapons programme and human rights issues are to be side-stepped when Roh meets Kim Jong-il, his North Korean counterpart.
Criticism
Roh may contribute billions of dollars to North Korea’s economy.
But critics have expressed concern that Roh may pledge so much in aid that North Korea will feel it can reject incentives offered by regional powers to stop its nuclear arms programme.

During six-nation talks on North Korea’s nuclear disarmament, held in Beijing, envoys had worked to draw up a schedule for the country to permanently disable its reactor, in exchange for 950,000 tonnes of fuel oil.

“The South Korean government had promised the US that inter-Korean engagement would be a half-step behind the six-party talks.

But instead, it seems several steps ahead,” said Bruce Klingner, a senior research fellow for Northeast Asia at the Heritage Foundation in Washington.
Aid pledges

“A peaceful peninsula has a direct impact on South Korea’s economy.”

South Korea has lived under a military threat from the North, but it also fears that a sudden collapse of Kim’s government, along with the prospect of absorbing its neighbour, would wreck its own economy.

North Korea’s economy has dramatically weakened, while its neighbour’s has surged.

Hit by massive floods and UN sanctions for conducting a nuclear test in 2006, the country depends on food and oil handouts.

The summit – the second between the two countries since the peninsula was divided after World War II – will primarily focus on the possibility of unification.

Officials have said that Roh might propose new projects to rebuild the North’s infrastructure and develop joint economic zones.

Most South Koreans want unification, but a recent survey has said that three in four want the process to move slowly.

Kim Young-yoon, an economics expert at South Korea Institute for National Unification told Reuters that rebuilding the North’s economy can be described as “unification on an instalment plan”.

“The most important thing in unification is getting rid of the economic gap.” 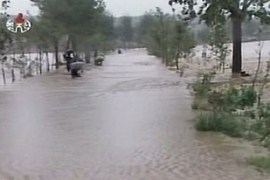 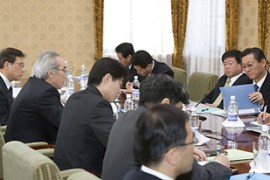 No deal in Japan-North Korea talks

Talks in Mongolia end without agreement on normalising diplomatic ties. 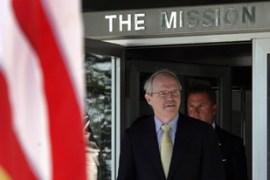