“The discovery also plays a major role in various magnetic sensors as well as for the development of a new generation of electronics,” it said.

Gruenberg told Swedish Radio that winning the prize was “overwhelming, it is just great”.

Asked whether he had expected to win, he replied: “Partly yes, partly no. I won prizes before and people always said there was one prize missing, the end prize. In that sense I was a bit prepared.”

Fert said that he was “very happy for myself, my family, and my colleagues whom I greatly appreciate.”

Fert and Gruenberg discovered that tiny magnetic changes, in materials made of very thin layers of various metallic elements, lead to huge differences in electrical resistance.

In turn, these differences lead to changes in the current in the readout head, which scans a hard disk to spot the ones and zeroes in which the data is stored.

As a result, the readout head is able to read smaller and weaker magnetic areas, and this sensitivity means information can be packed more densely on the hard disk.

“The MP3 and iPod industry would not have existed without this discovery,” Borje Johansson, a member of the academy said.

“You would not have an iPod without this effect.”

“I am really pleased that it has gone for something very practically based and rooted in research relevant to industry. It shows that physics has a real relevance not just to understanding natural phenomena but to real products in everyday life,” he said.

Last year, Americans John Mather and George Smoot won for their work examining the infancy of the universe, studies that have aided the understanding of galaxies and stars and increased support for the so-called Big Bang theory of the beginning of the universe.

On Monday, Mario Capecchi and Oliver Smithies, two American scientists, and Briton Martin Evans, were awarded the 2007 Nobel Prize in medicine for groundbreaking discoveries that led to a powerful technique for manipulating mouse genes.

Prizes for chemistry, literature, peace and economics will be announced over the coming days.

The prizes, each of which carries a cash prize of 10 million Swedish kronor, or about $1.5 million, were established in the will of Alfred Nobel, Swedish industrialist and the inventor of dynamite.

They are always presented to the winners on the December 10 anniversary of the death of its creator. 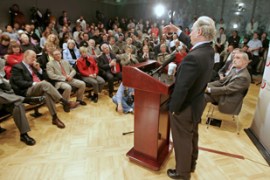 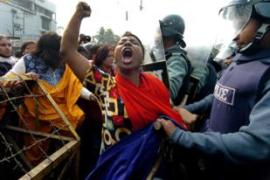 Muhammad Yunus, ‘banker to the poor’, is to launch a political party.

Orhan Pamuk, the acclaimed Turkish novelist who once faced charges for insulting his country, has won the 2006 Nobel prize for literature.

US economist Edmund S Phelps has won the 2006 Nobel Economics Prize for work on trade-offs in macroeconomic policy.