Hekmatyar, who is now on the run, said the deterioration of security in Pakistan was a natural outcome of Islamabad’s policies and its very close relations with Washington.
“As long as the US military presence continues in the region, the situation will remain the same,” he said.
‘US design’
“The United States wants Pakistan to face a similar fate to that of Afghanistan and Iraq. The United States believed that lighting the flames of war in Pakistan would ease the intensity of war in Afghanistan, and that is why they bombed mosques, schools and villages in Pakistani tribal areas.
“The Pakistani government was forced to launch military operations in these areas. And as you have seen, this has led to completely opposite results.”
Hekmatyar also denied any differences with the Taliban movement and said he was not in negotiations with the Afghan government or foreign forces.
“The Americans and their intelligence institutions are the ones who frequently launch such propagandas for selfish purposes,” he said.
“They publicise such propagandas against myself and against all opposition leaders. They publicise the affiliation of those seceding from Taliban movement … and say the same thing about whom they consider as seceding from the Afghan Islamic party.
“Their main objective behind this [propaganda] is to show the mujahidin [fighters] as giving up and show that the resistance is about to end,” he said.
Source: Al Jazeera 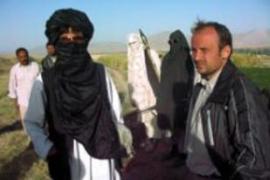