“I saw about 1,200 protesters throwing stones at the government building and after that damaging the National Democratic Party building,” Khaled Abu Salim told Reuters from El-Arish.
Police arrested four protesters after the clashes, state news agency MENA reported. It did not say if they had been charged with any crimes.
Tribal conflict
Witnesses said a fight on Saturday between a member of El-Fawakhria and a man from the El-Tarrabeen tribe of central Sinai had triggered the incident.
Hundreds of El-Tarrabeen members, riding in trucks and carrying automatic rifles, later attacked the town and opened fire in a neighbourhood dominated by El-Fawakhria, wounding five of its members.
Many Bedouins in northern and central Sinai, who have a reputation for ignoring state rule, own guns and ammunition illegally. They say owning weapons is a tribal tradition that has become more important because of the security forces’ heavy-handed behaviour. 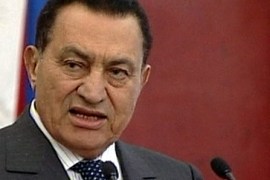 Some newspapers are protesting over what they say is a clampdown on press freedom. 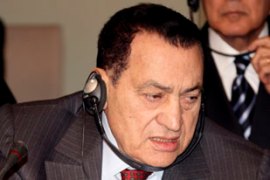 More than 20 independent and opposition newspapers strike over press freedom. 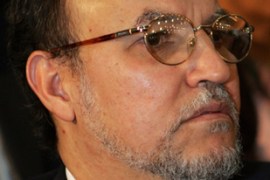 Egypt Brotherhood chief to be freed