An ongoing drought in West Timor has left almost a quarter of the children in the Indonesian province malnourished and at risk of starvation, local officials say

Food shortages have been gripping the impoverished province for several months and already at least six children have died according to official figures – local authorities say the real figure is likely much higher.

When Al Jazeera first visited in April Joseph Tefa, a local village chief, showed us the failed crops and warned that people would die if no action was taken soon.

Five months on, the rain has not yet come and fields that were still green then are now completely dry.

The village head says that 17 people have died since our last visit due to a lack of food, but it is difficult to confirm this.

For mother Fridalina Un, feeding her family is a daily challenge. Roots of the cassava tree collected from the forest are about all they have to eat.

Rice, the staple food of the region, has not been available for months now and they are severely malnourished.

“We are hungry,” Fridalina told me. “Every day we only eat these cassava roots with some corn. 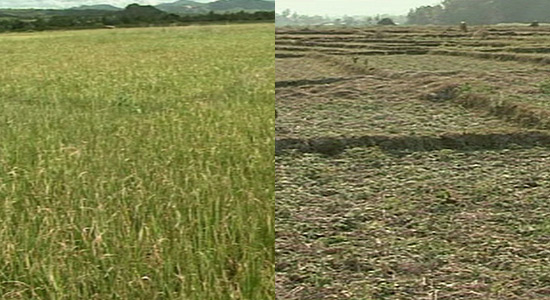 “My daughter was hospitalised for five days after only eating this.”

More and more children are being hospitalised and Tefa says there has been no response from the government.

“Since you came five months ago, they have not sent any help. Neither from the local authorities here, nor from the central government in Jakarta.”

International aid agencies have come in to help plant vegetables, but nothing is growing yet because the ground is simply too dry.

Farmer Marcellius Oke has been seen his crop fail yet again.

His five-month-old son Stanislaus weighs just 4kg and has been in hospital for more than a month suffering from malnutrition. Despite treatment, his condition has not improved.

“The problem is that the dry season just doesn’t stop,” says Oke. “For us farmers this is a disaster. There was nothing we could do when our crop failed.”

Provincial officials in the capital, Kupang, blame their slow response to the crisis on a lack of resources.

Stephanus Briaseran, head of the provincial health department, says the situation has now become critical and could severely worsen if nothing is done within the next few weeks.

“What we need to do is urgently give extra food to the children that are malnourished for at least 30 days, give them a lot of food frequently,” he says.

To tackle the crisis provincial authorities have asked for extra funds from Jakarta.

Seven months after the request was submitted, the money has still not arrived

“It’s the government’s responsibility to take care of the welfare of their people,” Piet Tallo, the governor of West Timor, told Al Jazeera.

“So if we want to achieve that we should more work together. If we would do that problems like these would not occur. But everyone seems to have his own interests, they are busy with elections and stuff – I mean, the authorities in Jakarta.”

For the children of West Timor that means they can only hope that rain will start to fall soon. But this is not expected before the end of this year, and the next harvest could still be six month’s away.

In the meantime Fridalina’s family, and many others, will continue to go hungry. 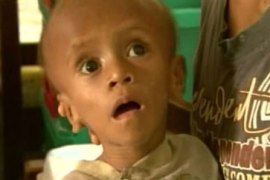 Tens of thousands of children afflicted by acute malnutrition amid a food crisis.