Gambari also said there were unconfirmed reports that the number of casualties was “much higher than the dozen people reported killed by the government.”

The envoy’s comments came shortly after Ban Ki-moon, the UN secretary-general, spoke before the council, urging Myanmar’s military rulers to “take bold actions towards democratization and respect for human rights.”

He said: “I must reiterate that the use of force against peaceful demonstrators is abhorrent and unacceptable.”

Zalmay Khalilzad, the US ambassador to the UN, told the council: “If the Burmese government does not take appropriate steps… the United States is prepared to introduce a resolution in the Security Council imposing sanctions.

“We must all be prepared to consider measures such as arms embargoes.”

In response, Kyaw Tint Swe, Myanmar’s ambassador to the UN told the Security Council that no action was warranted against his government.

The ambassador  urged the UN not to take steps that would harm the “good offices” role of the world body to defuse the situation in Myanmar.

China neighbours Myanmar and is one of the country’s few allies and major trading partners.

The ambassador said pressure “will not help address the problem but might lead to mistrust and confrontation.”

Meanwhile, the party of Aung San Suu Kyi, the detained pro-democracy leader, has dismissed the Myanmar government’s conditions for talks as surreal.

Nyan Win, spokesman for the Nobel peace laureate’s National League for Democracy, said: “They are asking her to confess to offences that she has not committed.”

On Thursday, General Than Shwe, who caused international outrage by sending in soldiers to crush the peaceful monk-led demonstrations, had asked Suu Kyi to abandon “confrontation,” and give up “obstructive measures” and support for sanctions and “utter devastation”. 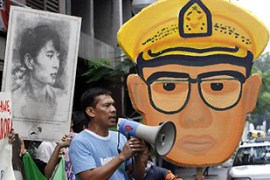 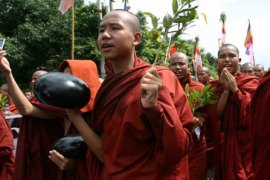 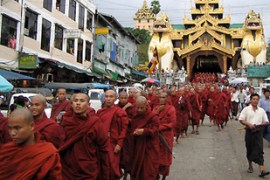 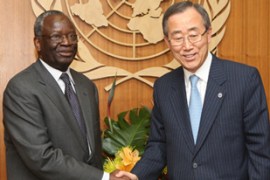