“Unfortunately, prisoners do not receive full medical treatment. Prisoners on hunger strike are isolated in special places designated to torture them to hold them back from their objectives.”

Mohammed said that he and his fellow inmates had faced harassment by US soldiers while in the jail.

“We have suffered a great deal as we have been under … pressure,” he said.

“They have used all possible ways to impose psychological and physical pressure on us.”

Mohammed said he was attending an Islamic school in Pakistan when he was arrested by Pakistani police in 2002 and then handed over to the US authorities.

He did not know why he was arrested and said he had never had any connection to al-Qaeda. He was returned to Mauritania on September 26 after being cleared for release by a US military review panel.

Al-Hajj has never been charged.

Hopes that he would be released at the end of August on condition that he remain in his country of origin, Sudan, have proved unfounded. 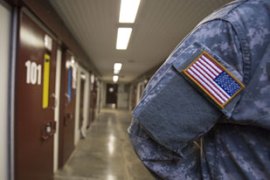 Psychiatrists say Al Jazeera cameraman could be losing the will to live. 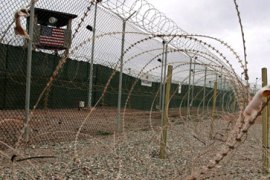 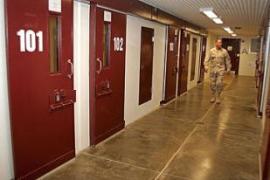 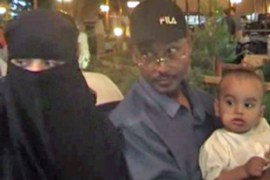