Interviewed on Al Jazeera on Sunday, Saleh al-Mutlaq, head of the Iraqi National Dialogue Front, said on Sunday: “We will not let it go because if we do, then we will have no future in Iraq, and we represent a high percentage in Iraq and have the right to live in our country.
“Even the Shia are not happy with The plan will only lead the country to a civil war between Sunnis and Shia. People on both sides would hate that.”
He also criticised the planned move by George Bush, the US president, to increase the number of US troops in Iraq, saying that it will add to the existing problems and create hatred among Iraqis towards the American forces.
‘No authority’
Reacting to al-Maliki’s announcement, Mahmoud al-Mashhadani, the outspoken Sunni Arab speaker of the Iraqi parliament, told Al Jazeera on Sunday: “Al-Maliki has no authority under the constitution to enforce security plans unless approved by the parliament.
“After the suspension of the martial law, which empowers al-Maliki with extraordinary executive powers, he is in no position to implement security plans that were not approved beforehand by the parliament.”
There has been no Shia opposition to al-Maliki’s plan.
Plan blueprint
Sami al-Askari, an adviser to al-Maliki, said two brigades from northern Iraq, comprising mostly Kurdish soldiers, and one from the mainly Shia south would be sent to Baghdad to help implement the plan.
The plan foresees Iraqi forces taking responsibility for inner Baghdad while US forces will be in charge of the surrounding areas, he said. Al-Askari said the government was determined to crack down on fighters’ infiltration of the armed forces.
“It takes time because it’s not an easy task … [but] without it the people will not trust the security forces.”
Continuing violence
Meanwhile, on the ground, violence continues to take its toll.
On Sunday, the US military announced the deaths of five more soldiers and police found 17 death squad victims around Baghdad.
In Hilla, south of Baghdad, a woman was killed and another 13 people injured in a car bomb blast in a bus stop in the city’s centre.
Habib al-Shimiri, a senior education ministry official, survived a roadside bomb attack on his car near the al-Shaab football stadium in east central Baghdad, but two of his guards were killed, police said.
In the town of Samarra, where a revered Shia shrine was  bombed last February triggering nationwide sectarian violence, hundreds of Sunni Arabs gathered outside the mosque on Sunday to protest against Saddam Hussein’s hanging.
Baghdad violence
In other incidents in the Iraqi capital on Sunday, two people were killed and another two injured in a roadside bomb blast.
An interior ministry source reported attacks in several Sunni neighbourhoods though it was not immediately clear who was responsible or whether there were any casualties.

Adnan al-Dulaimi, head of the Ahle al-Iraq (General Council for the People of Iraq), which is a member of the mainly Sunni Iraqi Accord Front, said that armed militia attacked the districts of Rahmaniya and Amil in Baghdad and that fierce clashes erupted between the residents and the assailants.

Three residents were killed, more than 10 injured and five houses set on fire, he said.
Meanwhile, the British army, stationed in southern Iraq, said that one soldier died and another one was injured in a road traffic accident.
Security threat
Speaking about the Bush plan to deploy more US forces, Lieutenant-General Raymond Odierno, the new commander of US combat troops in Iraq, said a previous US operation launched in August to secure Baghdad had flaws.
“We were able to clear the areas. We were not able to hold the areas,” he said. “You have to go after both Shia and Sunni neighbourhoods and Together Forward was focused mostly on Sunni neighbourhoods and we’ve got to do both.
“We have to have a balanced approach about going after both Shia and Sunni extremists.”
Odierno said US commanders had also “overestimated the availability of Iraqi security forces” in the earlier operation, and said US troops would also remain in neighbourhoods to ensure Iraqi forces did not pursue their own sectarian agendas.
Source: Al Jazeera, News Agencies 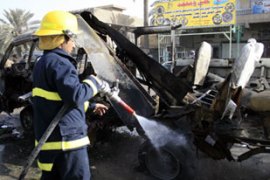 The US military announces the death of two more soldiers amid unrelenting violence.

US and Iraqi forces carry out an offensive against those behind roadside bombs. 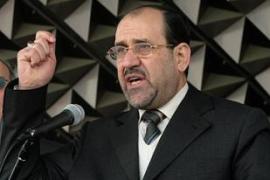 Al-Maliki threatens to “review” relations with countries which criticise manner of Saddam’s execution. 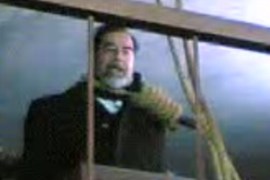 US president says Saddam’s execution could have been more dignified.