Red sea meeting
Mubarak told a news conference in Sharm el-Sheikh he had “expressed deep concerns” at the Israeli operation.
“Israel’s security cannot be achieved through military force but by serious endeavours toward peace,” he said.
Olmert said he was “sorry if innocent people were hurt in the operation in Ramallah” and said it would protect Israel from attacks.

“Things developed in a way that could not have been predicted in advance, if innocent people were hurt, this was not our intention,” he said.

The meeting had been called to discuss reviving Middle East peace talks and a possible Israeli-Palestinian prisoner swap.

Mahmoud Abbas, the Palestinian president, said the Ramallah raid “proved that the Israeli calls for peace and security are fake”.

Israel and the Palestinians agreed to a ceasefire in the Gaza Strip in late November, but military incursions have continued in the West Bank.

During the raid in Ramallah, bulldozers and armoured personnel carriers drove through the central Manara Square, clearing cars out of the way.

The army fired smoke grenades, and at one point, an Israeli helicopter opened fire, witnesses said.

The Israeli army confirmed the helicopter fire, which it says was as a deterrent and was directed at open areas.
Israel said it had arrested four wanted men during the raid.

After the Israeli military withdrew Palestinians gathered in the streets of Ramallah to demonstrate against the raid.

Al Jazeera’s David Chater said in Ramallah that the incursion was a routine operation for the Israelis.

“These sort of things happen most weeks in Nablus and Jenin. The only difference was that the brutality was captured on film.”
Source : Al Jazeera, News Agencies 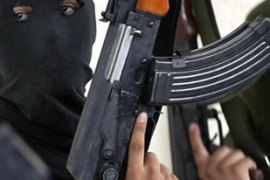 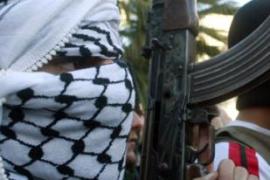 Forces loyal to Abbas and Hamas clash, but both claim the two-week-old ceasefire holds. 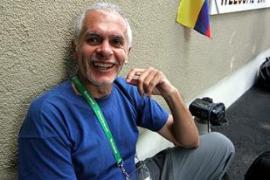