Last August the government said it had broken up a cell that was planning to declare a holy war in the northeast of the North African country, attack tourist sites and kill people who symbolise the state.

Rights groups say hundreds of the people arrested since 2003 have faced ill-treatment or unfair trials, something the government denies.

Its statement said those arrested in the latest round-up will be brought before judicial authorities, in line with Morocco‘s anti-terrorist laws.

The arrests were “transparent and in respect of the law”, Nabil Benabdallah, a government spokesman, said. 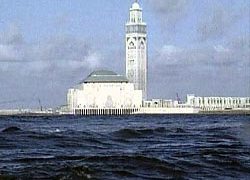 A senior government official has denied Islamist charges that Morocco’s flagship airline had trampled on employees’ rights by banning them from praying at work and forcing pilots to eat during Ramadan.

The Moroccan security authorities have prevented families of detainees of al-Salafiya al-Jihadiya group from organising a sit-in in front of the headquarters of the Moroccan justice ministry in Rabat.

Moroccan authorities briefly detained 330 activists from the main Islamist opposition and sealed its office amid fears that the unauthorised group was plotting an uprising this year.