The verdicts against the six, who have already spent eight years in a Libyan prison, were handed down on the basis of confessions by two of the nurses.

But the nurses recanted their confessions during the trial, saying they had been made under duress.

They maintain their innocence and international health experts have claimed the aids virus spread because of poor hygiene in the hospital which happened before the nurses started working there.

Othman al-Bizanti, the nurses’ Libyan lawyer, told AFP news agency on Monday that his clients have also been accused of slandering the police and are to face further questioning on February 11.

He said: “The evidence that we have points out that the nurses were indeed tortured. Nobody in Bulgaria has any doubts about that.”

Trayan Markovski, the coordinator of the Bulgarian defence team, called the slander charges “the latest psychological torture against our innocently condemned nurses”.

Dimitar Tsanchev, a foreign ministry spokesman, said on Bulgarian national radio that he feared the new charges would “complicate the grave psychological state of the nurses”.

Zdravko Georgiev, a Bulgarian doctor and the husband of one of the nurses, told national radio on Tuesday: “That is the next dreadful slap in the face we were given. These beasts, our torturers, are the ones who have slandered the girls.”

Georgiev was detained with the others but a Tripoli court acquitted him in May 2004 as he had already served out the four-year sentence he received. He has not been allowed to leave Libya. 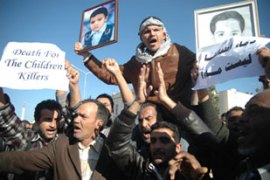 Libya ‘will not execute’ medics

Six health workers are sentenced to death for allegedly infecting children with HIV. 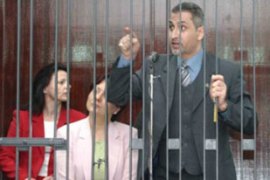 A Libyan court is to rule on six health workers accused of infecting children with HIV.