General elections, which were planned for January 22, were cancelled after the president declared a state of emergency earlier in the month to stop weeks of violent political protests aimed at forcing electoral reforms.

A voter list prepared ahead of the scheduled polls contains errors such as duplicate names and omissions, an election watchdog said on Monday.

In his petition, Kazi Rashid, a Dhaka resident and voter, said the election commission ignored its constitutional obligations when it prepared the voter list.

The court gave the commission three weeks to explain why the electoral roll should not be declared illegal.

A caretaker government, led by an interim leader appointed by the president, has not set a new poll date, but has promised to hold elections after making necessary reforms.

A major political alliance led by the Awami League had staged violent street protests since October, demanding corrections to the voter list, the resignation of election officials, the issuing of voter identity cards and transparent ballot boxes. 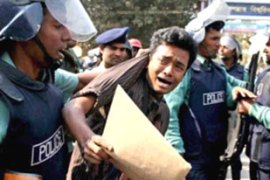 Crackdown on media in Bangladesh

Rallies and “provocative” reporting banned, but still no date for elections. 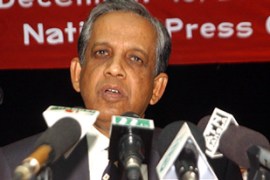 Interim leader promises to clean up election system as state of emergency continues. 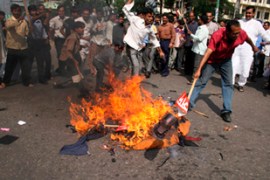 An alliance of opposition parties had for several months accused M.A. Aziz of being biased. 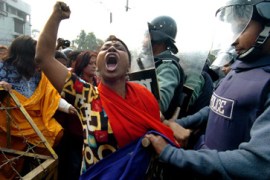 Current crisis is rooted in the highly polarised politics of a nation split vertically between the two main parties.