Tens of thousands of people attended the two-hour rally, according to a police officer.

A group of families of soldiers killed in Iraq stood holding pictures of their loved ones, including one photo of a soldier in full dress uniform lying in a coffin.

Hani Khalil, a member of United for Peace and Justice Group, told Al Jazeera that “demonstrators want to send a message to the new, elected congress that the Americans are against the war in Iraq“.

Stephanie, a student from New York, told Al Jazeera’s correspondent: “We never had a good purpose for going to Iraq and it is ridiculous now to send more troops there. American students do not support this.”

The protest was one of several expected around the country on Saturday, including a large march scheduled in Los Angeles.

Protesters planned co-ordinated efforts during the week to lobby congressmen to take action against the war.

Iraq Body Count (IBC), an independent website that uses two media reports as a source for each death, says up to 60,600 civilians have been reported killed.

Asked about the protests, Gordon Johndroe, a White House national security adviser, said: “Bush understands that Americans want to see a conclusion to the war in Iraq and the new strategy is designed to do just that.”

Protesters said they hoped to send Bush and congress a message that Americans did not support the war.

“I’m convinced this is Bush’s war. He has his own agenda there,” said Anne Chay, holding a sign with a picture of her 19-year-old son, John, who is serving in Iraq. “We’re serving no purpose there.”

Chay said her son, who has been in Baghdad since last July, said he was proud of her for travelling from Andover, Massachusetts, to take part in the anti-war rally.

‘Silence is not an option’

Jane Fonda, a former actress, who was criticised for her opposition to the Vietnam war, drew huge cheers when she addressed the crowd. She noted that she had not spoken at an anti-war rally in 34 years.

“Silence is no longer an option,” she said. “I’m so sad we have to do this – that we did not learn from the lessons of the Vietnam war.”

John Conyers, a Michigan Democrat and chair of the House Judiciary Committee, said the November 7 election – which gave Democrats control of both houses of Congress – showed Americans want change.

“It takes the … outrage of the American people to force Washington to do the right thing.”

“We’ve got to hold more of these … until our government gets the message; ‘out if Iraq immediately’. This year. We’ve got to go.”

Bush’s approval ratings stand at one the lowest points of his presidency and polls show a majority of Americans disapprove Bush’s plan to send an additional 21,500 troops to Iraq.

More than 3,000 US troops have been killed since the 2003 invasion of Iraq, according to the US Department of Defense.

It has not provided estimates of Iraqi civilian deaths.

The Iraqi health ministry estimates up to 150,000 Iraqis have been killed in the war, based on records from hospitals and morgues.

The Lancet, the UK-based medical journal, has estimated about 655,000 Iraqis have died as a consequence of the war. 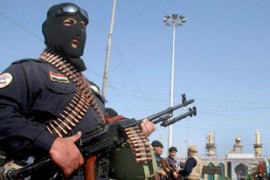 US troops seized during Iraq raid

US military investigating the abduction and shooting dead of four soldiers. 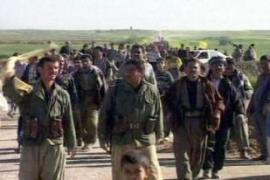 Foreign minister warns the US not to leave a power vacuum in the region. 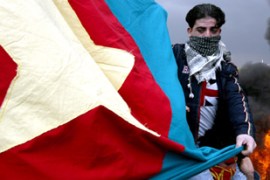 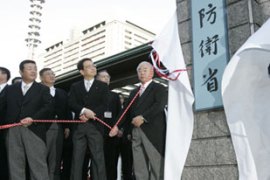