This problem worsened significantly in 2006, the UN office said.
The UN found that that many of the Central African Republic’s residents also fear being caught in violence between the government forces and armed opposition groups.
Aid increase
A second UN team is in the region to study how to deploy peacekeepers in the northeastern region, as well as in eastern Chad, to protect suffering civilians there and help provide them with humanitarian aid.
Political turmoil and decades of on-and-off fighting mean the Central African Republic is currently the seventh least-developed country in the world, according to UN figures.
Its population is among the world’s poorest. Health, education and social measures have steadily declined for 20 years, the world body says.
More than one in five children born in the country die before the age of five.
The UN has appealed for $49m in aid for the country this year, but to date just $184,330 of that has been collected from member countries.
Source: News Agencies 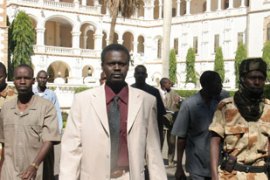 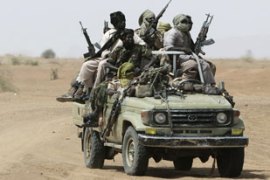 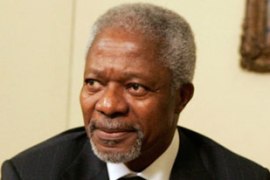 UN to send mission to Darfur

The US envoy to Sudan says his meeting with the Sudanese president was “productive”.