After being shown edited clips from the show, Goody said: “I’m not a racist person, but looking at that film I can see why it’s had the impact it has had.”
Goody said she was “petrified” by the idea of facing the public “because people think I’m a racist”.
Outcry
The Daily Express, a British newspaper, said: “The reality TV show has shamed our country in the eyes of the world.”
Another paper had urged its readers to vote for Goody to be evicted, running the headline: “Evict face of hate.”
Goody told Shetty to “go back to the slums” and another contestant said of Shetty, “She can’t even speak English”.
Indian TV channels have shown footage from the show, in which one housemate has said she was scared to eat food prepared by Shetty because, “you don’t know where those hands have been”, and another referred to her as “The Indian”.
Channel 4, which broadcasts the show in the UK, issued a statement insisting Shetty was not suffering racial abuse, saying instead there had been a “cultural and class clash”.
But the show’s major sponsor has withdrawn its endorsement and India has asked Britain to investigate whether the incident constitutes a violation of its race laws.
Source: News Agencies 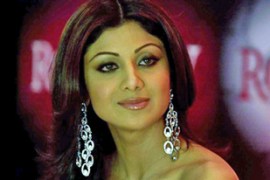