By Step Vaessen
Sutan told Al Jazeera: “I once had to fly with a plane that was broken and there were no plans to repair it. I had no permission to fly that plane but still the owner forced me to depart with the broken plane.”
That same jet was captured on amateur video a few months later when it was forced to make an emergency landing on a small airfield in east Indonesia.
The navigation equipment broke down and the pilot, who was on his way to another island, lost his way.

Against regulations, Adam Air decided to take off again, although the runway was officially too short.

Other pilots say the airline breaches the rules by shortening parking time during transits to save money.
Rudi Panjaitan, who also used to fly for Adam Air, told Al Jazeera: “I know about Adam Air. So I don’t want to fly Adam Air … my family also.”
Adam Air is one of the low cost airlines that have mushroomed in Indonesia since changes to government regulation six years ago.
Since then, ticket prices have dropped dramatically. Competition is very stiff and safety regulations can be easily ignored when bribing an inspector is still a common thing to do.
There is no suggestion that Adam Air paid bribes to inspectors, but aviation experts such as Dudi Sudibj say corruption is one of the main problems in the airline industry.
“They get something from the industry and that is against the rules. They should not get that kind of thing, that kind of corruption, so this is where, actually, we should clean up,” he said.
Soon after the jet went missing, Susilo Bambang Yudhyono, Indonesia’s president, formed a troubleshooting team which has listed corruption as a high priority.
Mohamad Ichsan Tatang, director-general of transport, told Al Jazeera: “As long as there are human beings involved in the process, it will be hard to wipe out completely but we will try to minimise it.
“Understand me clearly, I am not defending this behaviour.”

He said Adam Air was punished for the incident in East Indonesia – and the pilot grounded, but Adam Air denies that it violates safety regulations – or that pilots were forced to fly planes in need of repair.

Adam Suherman, president of Adam Air, told Al Jazeera: “That allegation is absolutely not true, for me safety comes at the first place. And pilots are also human beings I am shocked to hear that they are prepared to fly with a plane that is broken.”
On Tuesday, the budget airline said it would pay $55,000 to families of the 96 passengers who were on its jetliner which vanished from the skies over the Makassar Strait during bad weather on New Year’s Day.
But families of the six crew members on board the missing jet were not entitled to the same amount, airline officials said.
Sutan, the pilot who lost his case, said he would appeal the decision in a higher court.
Source: Al Jazeera 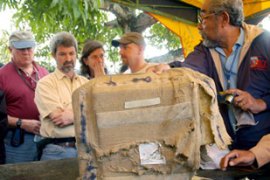 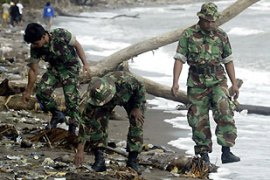 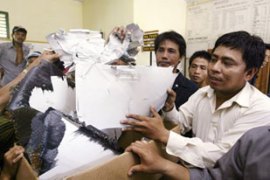 Searchers refocus efforts after discovery of debris from missing aircraft. 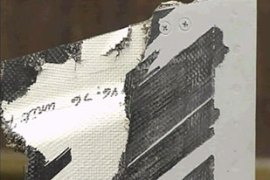 Tail stabiliser and seats found in sea and washed up on a beach in Sulawesi.