The Paris III donors conference is to be attended by representatives from the EU, US, World Bank and International Monetary Fund among others.
Power share
The opposition, led by the Shia party Hezbollah, has criticised the Paris conference, saying that the donor money and loans – which local analysts say could raise about $5 billion – would only increase the national debt and further weaken the economy.
The stoppage called for Tuesday marks the first escalation by the opposition since its supporters began an open-ended sit-in around government offices in Beirut on December 1.
The opposition is demanding a share of power in the cabinet and effective veto on key decisions, or it wants the government ousted and new elections held.
Siniora has refused to quit or cede power.
The opposition’s six ministers in the 24-member cabinet quit in November.
‘Sabotage’
The Lebanese leader said the opposition was carrying out “strikes, demonstrations and threats… without any reform programme to help [Lebanon] out of the deadlock”.
The opposition “is trying to sabotage… the conference,” he said.
“At a time [when] there is such a great number of brothers and friends who are gathering to find a way to help Lebanon… unfortunately, there are parties here and abroad who are working to sabotage this.”
Rula Amin, Al Jazeera’s correspondent in Beirut, says the conference is a vote of confidence from the international community in Siniora’s leadership.
The European Commission said it supported the Lebanese government, while stressing the need for reforms there.
Benita Ferrero-Waldner, the EC’s external relations commissioner, said: “The message is very clear. First of all we want to support Lebanon, its government and prime minister Siniora.”
Lebanon for its part “must carry out the reforms which are important to improve the economic and political climate”.
Source: Al Jazeera, News Agencies 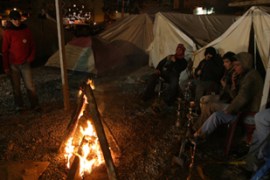 Joined by labour unions, Hezbollah-led opposition will strike on January 23. 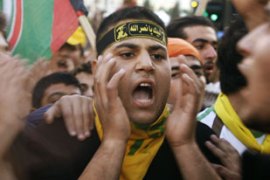 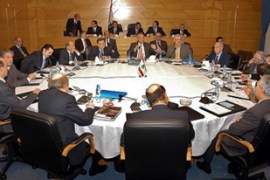