“Despite running against the parties led by the prime minister and the president and their vicious campaigns against us, we proved our strength.”
Preliminary results
The Radicals, who ruled Serbia with Slobodan Milosevic in the 1990s, were followed in the poll by the pro-Western Democratic party of Boris Tadic, the president, which won 23 per cent of the vote, and the ruling centre-right Popular Coalition of Vojislav Kostunica, the current prime minister, with 17 per cent, according to the Centre for Free Elections and Democracy, an independent polling group.
The state electoral commission released similar results, but with a smaller percentage of the vote counted.
The results mean that Serbia’s bickering pro-democratic parties could form a new government if they agree on who will be the next prime minister. Kostunica insists on retaining the post.
Dragoljub Zarkovic, a columnist at the liberal Vreme weekly, said: “There will be huge problems in forming the new government.”
The Democrats were the biggest winners in the election, doubling the number of their seats in the 250-seat parliament to 65 compared with the previous vote in 2003.
The Radical party will retain about the same, 81 seats, while Kostunica’s ruling coalition will have 47 seats, about 10 fewer than in the previous parliament.
A newly formed Liberal coalition, led by Cedomir Jovanovic, who negotiated Milosevic’s surrender and arrest in 2001, entered the parliament by winning 14 seats, according to the preliminary results.
Kostunica was noncommittal after the vote on whether he would step down and allow a Democratic prime minister to take his place.
He said: “The question who is going with whom is inappropriate at this moment. The president [Tadic] will have to find a man who will be able to get a [parliamentary] majority.”
The state electoral commission said turnout was about 62 per cent of the 6.6 million-strong electorate.
Challenges ahead
Western countries had urged the Serbs to turn their backs on nationalism if they hoped to join the EU and Nato
Brussels froze talks on closer ties last year and says it will restart them only when Ratko Mladic, the former Bosnian Serb general accused of genocide, is found and put on trial.

The new government faces having to implement more painful economic changes and deal with two weighty international issues: the future of the breakaway Kosovo province and the handover of Mladic.

The UN is expected to rule this year on the fate of Kosovo.

The West favours granting independence to its majority ethnic Albanians as they have demanded since 1999, when Nato bombs drove out Serb forces accused of killing civilians while fighting an insurgency.

The main parties all say that they will not accept the loss of Kosovo, but the Democratic party has come closest to telling Serbs that it might be inevitable.

Some Western officials have accused hardline nationalists in Serbia‘s military and police of helping Mladic to hide and thus evade trial by the UN war crimes tribunal in The Hague.

The Democratic party says arresting him is a priority. However, the Radicals, who consider Mladic a hero, are unlikely to deliver him. 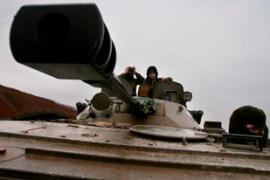 Kfor on guard as Serbia votes

Nato forces prepare for violence before a decision on Kosovo. 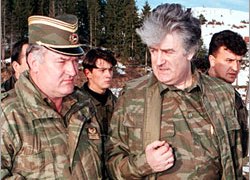 The European Union has suspended talks on closer ties with Serbia over its failure to arrest genocide suspect Ratko Mladic and hand him over to a UN war crimes tribunal.