Four of the men have pleaded guilty to reduced charges in exchange for their testimony.

”Tired of getting bombed”

Thomas, who was on his second tour of Iraq during the April 26 killing, said at a hearing at the Camp Pendleton marines base in southern California on Thursday that the group planned to go after a known insurgent but was compromised and went to a neighbouring house instead.

The judge asked why the group proceeded with the plan.

Thomas said: “… we were sick and tired of getting bombed.”

He and other squad members seized Awad from a house, walked him to the hole, cuffed his hands and threw him to the ground.

Awad spoke little English, Thomas said, but he pleaded with the group of four marines as they led him away.

Thomas said: “He started asking, ‘Why, mister, why?’ We didn’t say anything.”

Awad was struggling to get free, Thomas said, so he and others bound his hands and feet.

The marine said someone fired a shot and then he and others in the squad opened fire.

Thomas is to be sentenced in the coming weeks. He faces up to life in prison without the possibility of parole, though under his plea agreement he is likely to receive a more lenient sentence.

Another squad member, Marshall L Magincalda, a corporal, also faces charges in the killing. Magincalda, 23, has pleaded not guilty to murder and other charges and is awaiting trial.

The killing is one in a series of alleged atrocities committed by US forces in Iraq. 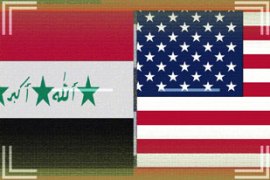 US marine pleads guilty to charges connected to the killing of an Iraqi civilian.

A US navy medic has told a military court that he took part in the kidnapping of an Iraqi civilian who he said was later killed by seven US marines.

US troops charged in Iraq death

Eight members of the US military have been charged with the murder of an Iraqi civilian in April.