Sarkozy is expected to continue to call for reconciliation with the rival camp inside the ruling centre-right, led by Jacques Chirac, the president, and Dominique de Villepin, the prime minister, in a speech after he receives the official nomination.

In recent days, his bid has been endorsed by several politicians normally seen as Chirac loyalists. These include Alain Juppe, a former prime minister, who praised Sarkozy’s “capacity for action”.

Chirac is not attending the congress, but Villepin made a brief appearance during the morning and shook hands with Sarkozy.

About 78,000 supporters have been crammed into an exhibition centre on the Paris ring-road for the congress, with Edouard Balladur, another former prime minister, and other party elders delivering tributes to the new candidate.

The candidate plans to move quickly after receiving the support of the party.

On Monday, he will set up campaign headquarters in central Paris and then leave for Normandy on the first of regular twice-weekly speaking engagements in the provinces.

The first round of the presidential election takes place on April 22, with a second round two weeks later between the two front-runners if no candidate gets an overall majority.

Recent polls have suggested Segolene Royal, the Socialist party candidate, could beat him in the run-off and become France’s first woman head of state. 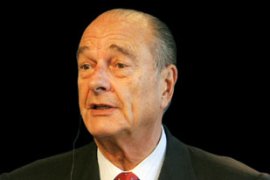 France’s ruling UMP is due to anoint interior minister as its presidential candidate. 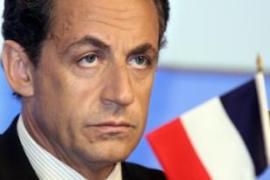 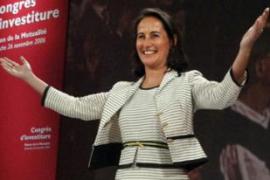 Segolene Royal favourite to become the next president of France.