Vintsuk Vyachorka, the opposition leader of the Belarussian Popular Front, who was standing for election in Minsk, said before the vote: “I don’t expect these to be honest elections – we haven’t had honest elections in Belarus for a long time.
“A newspaper from the district council was put in every postbox in my district carrying the programmes of the pro-government candidates.

“When I held a street meeting the special forces were standing nearby with a prisoner truck – the fear of the authorities is out of all proportion.”

Meanwhile Alexander Lukashenko, the Belarussian president, accused Moscow on Sunday of trying to incorporate his country into Russia and said he would not “bury” Belarus‘s sovereignty.

Lukashenko’s comments referred to a long-standing plan to create a joint state and came after a bitter oil transit row between the two countries that disrupted supplies to the European Union.

“From all the consultations and discussions, I have understood that we have different approaches and understandings of the building of a union state.

“A union should be created on principles of equal rights. We’ve never talked about the possibility of the country’s incorporation into Russia,” Lukashenko said as he cast his vote in district elections.

Lukashenko again accused Russia of being the guilty party in the oil transit dispute, which prompted a shut-down of the main oil pipeline from Russia to the EU last Monday, before a resolution was found on Wednesday.

“If Russia is going to reach for the valve every year, is going to switch off the gas and oil supplies to its ally, we can’t talk about a union state,” Lukashenko said.

Lukashenko was also scathing about the Nord Stream pipeline project, which would bypass the ex-communist countries of Eastern Europe and take natural gas to Germany and other western European nations.

“The Baltic gas pipeline – it’s the most stupid plan in the history of Russia. It should be in the Guinness book of records,” Lukashenko said.

“It’s not known what will happen to it as it passes through piles of ammunition on the bottom of the Baltic Sea,” he said, referring to environmental concerns related to World War Two debris on the Baltic sea bed. 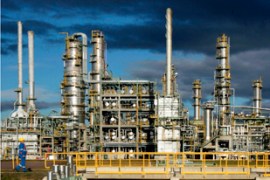 Moscow had stopped pumping oil via Belarus after accusing it of siphoning off crude. 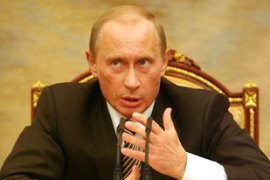 Presidents said to have thrashed out oil pipeline compromise by phone.

Trade war with Belarus worsens as negotiators fail to meet over pipeline dispute.