A joint statement issued by the Sudanese government and Richardson also said Sudan would not use military aircraft painted in white colours, usually reserved for humanitarians.
Sudan also said in the statement that it would allow Darfur rebel commanders to call a conference in the field in safety if it was monitored by the UN and the AU.
Richardson said rebel commanders he had met earlier in Darfur had also agreed to the ceasefire, which would begin on a date to be set by the UN and the AU, which are jointly mediating Darfur peace efforts.
The AU-UN peace summit is to be held no later than March 15, he said.
Sudan has also agreed to let foreign journalists visit Darfur after a two-month ban and to remove a requirement for exit visas for aid workers.
UN peacekeeping force
Richardson also said that al-Bashir was moving closer to agreeing to let UN peacekeepers into western Sudan.

“I note flexibility in his position,” he said.

“When I first was here five months ago he was dead set against any UN troops. Now there’s some flexibility as … there are technical UN blue-helmeted troops that will be permitted … but it is progress.”
He also called on Sudan and the UN to begin a political process that would create an environment where UN peacekeepers could then be deployed.
“You can’t keep a peace without a peace,” he said.
Growing violence
Existing AU forces in Darfur province have been unable to stem the violence there but Sudan has rejected a UN Security Council resolution authorising 22,500 UN peacekeepers to take over their mission.
Some observers estimate that about 200,000 people have been killed and 2.5 million driven from their homes in Darfur since mostly non-Arab farmers took up arms in early 2003 accusing the government of neglect.
Khartoum has rejected Washington’s description of the violence as genocide.
Source: News Agencies 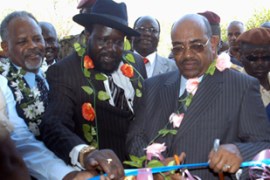 The north-south peace agreement’s second anniversary is marked by acrimony. 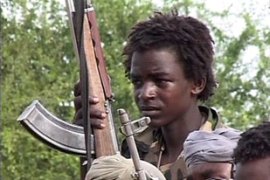 The African Union says the attacks could undermine a new ceasefire agreement. 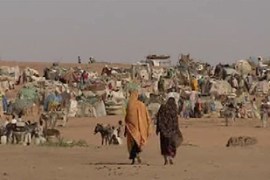 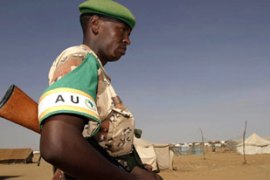