Huq said “the court has accepted our point that an offence committed before imposition of state of emergency cannot be tried under emergency power rules”.

She has been under house arrest in a parliament compound.

Tareq, Zia’s eldest son, is also in detention and facing a host of charges.

Bangladesh has been under a state of emergency since January, when an army-backed interim government took power after months of political violence, cancelled elections and banned political activity.

More than 170 political leaders, including Zia and Sheikh Hasina, another former prime minister, have been detained on charges of corruption, extortion and misuse of power.

Hasina, who was arrested in May on extortion charges, was not released after a similar bail order from the high court. 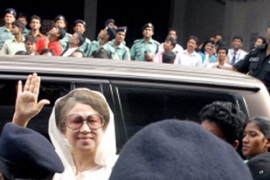 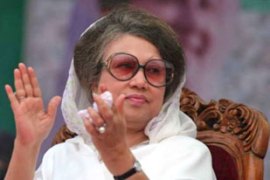 Khaleda Zia is taken into custody and sent to court with her son.