A judicial source has said that they were also ordered to pay small fines.
The judge had accepted the case filed by several Egyptian lawyers after Al-Wafd had quoted Mamduh Mari, the justice minister, as saying that 90 per cent of Egyptian judges were incompetent.
Press freedom concerns

Mari said he had been misquoted and the lawyers had then claimed the reports had indirectly damaged their image.

“We are not at war, we didn’t reveal military secrets. We only did our job as professional journalists,” Hawari said after the sentence was passed.

“The state has launched an offensive against press freedom.”

Mohammed Sherdy, the deputy editor of Al-Wafd told Al Jazeera that the sentencing stands as a message to writers and journalists in Egypt that they are not allowed to exercise their right to criticise the government.

He denies the paper has been used to further the cause of opposition parties in the country.

Sherdy said: “In politics, everybody should try and undermine the regime … we are all working to take this regime out and let other parties through, this is democracy.”

On September 13, an Egyptian court sentenced four journalists to one year in jail for “harming the public interest” by publishing articles which the judge said implied the ruling National Democratic Party was dictatorial.

One of the four journalists – Ibrahim Eissa of Al-Destur daily – is to go on trial next month for reporting on rumours that Hosni Mubarak, the president, is unwell.

Rights groups have criticised Egypt for imprisoning journalists for what they say is exercising their right to freedom of expression in stories critical of Mubarak and other officials. 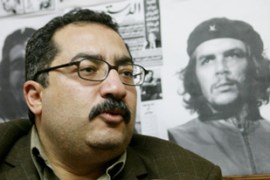 Court orders fines and year in prison for defaming the president. 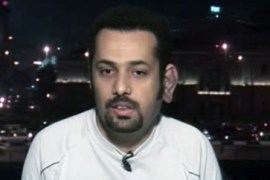 Perils of Blogging in Egypt

We speak with Wael Abbas, a blogger who pushes the limits. 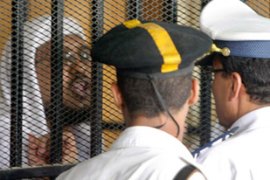 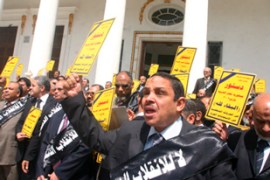 Police break up gathering and take twenty members to help with raid of their homes.