The latest attack has been blamed on neighbouring Syria, but Damascus has denied any involvement, saying the bombing was a “criminal act” aimed at undermining efforts at a rapprochement with Lebanon.
Relations between parties within the March 14 bloc and Syria have remained poor since Damascus pulled its troops and security forces out of Lebanon in April 2005.
The evacuation of Syrian forces came two months after the assassination of Rafiq al-Hariri, a former prime minister and critic of Syrian influence in Lebanon.

“Antoine Ghanem, a bloody message for the majority and the presidential election,” the front-page headline of the leading An-Nahar newspaper said on Thursday.

Fouad Siniora, Lebanon’s prime minister, has urged the UN to investigate Ghanem’s murder as part of its investigation into similar murders of anti-Syrian figures.

The Lebanese government said on Thursday that Ghanem’s killing would not shake its resolve to hold the parliamentary vote to choose a new president.

“We do not fear terrorism and this will not break our will. It will only reinforce our determination to prevent the terrorists from succeeding,” said Ghazi Aridi, Lebanon’s information minister.

In the aftermath of the attack on Wednesday, rescuers pulled corpses from blackened and mangled cars while some were still ablaze.

Two of the MP’s bodyguards were among the dead, Ghanem’s daughter Mounia said.

Ghanem, 64, a lawyer, had been a member of parliament since 2000, and was a key member of the Phalange party led by Amin Gemayel, a former president. 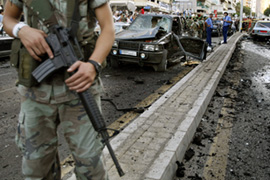 Zeina Khodr, Al Jazeera’s correspondent in Beirut, said on Thursday, that the March 14 bloc was preparing to issue a statement blaming Syria.

The bloc announced that Ghanem’s funeral would be held on Friday. A general strike has been called on Thursday.

The education ministry said all schools and universities will remain closed on Thursday and Friday.

Fearing for his life, Ghanem had fled into exile following the assassination in June of another anti-Syrian, and only returned to Lebanon on Sunday.

Ghanem was the eighth member of the anti-Syrian majority to be assassinated since the murder of Rafiq al-Hariri, the former prime minister killed by a car bomb in early 2005.

Ghanem’s death has reduced the bloc’s majority in parliament to 68 members out of the now 127-member house, with numbers set to play a key role in the presidential vote later this month to replace Emile Lahoud, the current pro-Syrian head of state.

Conspiracy alleged
The killing comes three months after Walid Eido, another March 14 MP, died in a bomb blast in central Beirut.
Wael Abu Faour, a Druze MP, said: “Syria wants to prevent the majority from remaining a majority by assassinating its members.
“Syria wants to prevent the majority from electing a president from among its ranks.”
Nayla Moawad, the Lebanese minister of social affairs, told Al Jazeera: “It is clearly an attempt to diminish the number of members of parliament from the majority and of the March 14 Forces.
“It proves that there is a mainstream, led by Iran and Syria, against Lebanese sovereignty.
“It is the end of any dialogue. We will not dialogue with murderers and we will not dialogue on the blood of our martyrs.”
Source : Al Jazeera, News Agencies 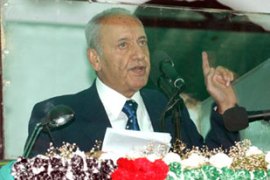 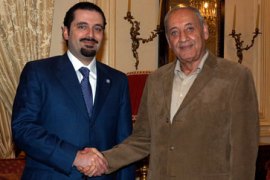 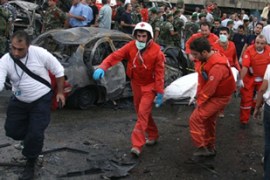 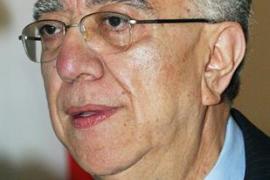