Democrats in control of the congress had insisted on a review of Iraqi efforts to achieve national reconciliation as a condition for continued funding for a build-up of US forces intended to help curb sectarian violence.

The shortfalls in the Iraqi government’s performance underscored the challenges Bush faces in selling his strategy to sceptical Democrat politicians and an American public increasingly opposed to the war.

The report gave a satisfactory grade for progress in ensuring the rights of minority political parties, for advances toward easing curbs on former members of Saddam Hussein’s Baath party joining the military and civil service, and for providing three Iraqi brigades to support a security crackdown in Baghdad.

It deemed unsatisfactory the Iraqi efforts to enact crucial oil-sharing legislation, to increase the number of Iraqi security force units able to operate independently and to get rid of sectarian bias in the Iraq police.

Previous independent assessments had painted a much bleaker picture of a dysfunctional government making scant progress on reconciliation and curbing violence.

However, Steny Hoyer, the House of Representatives Democratic leader, accused the Bush administration of “attempting to paint a far rosier picture of Iraqi progress on key benchmarks than is justified by the reality on the ground.”

The report followed a televised prime-time address by Bush on Thursday night in which he embraced recommendations by his top commander in Iraq for a limited withdrawal of about 20,000 troops by July.

Bush said security improvements had made it possible to start bringing troops home, but he defied calls for a dramatic change of course in the unpopular war.

The withdrawal will decrease troop strengths from the current 169,000 to around the same levels the US had in Iraq before the so-called “surge” aimed at increasing security in Baghdad and al-Anbar province.

Dick Cheney, US vice president, on the road to help rally support for Bush’s Iraq strategy, accused critics of ignoring the chaos he said would follow an early US pullout.

Speaking in Grand Rapids, Michigan, he said: “In all the calls we’ve heard for an American withdrawal from Iraq, these negative consequences haven’t really been denied, they’ve simply been ignored.” 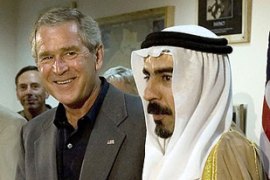 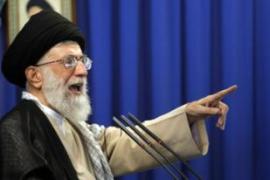 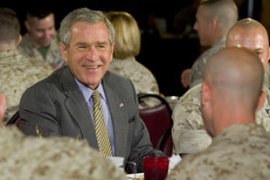 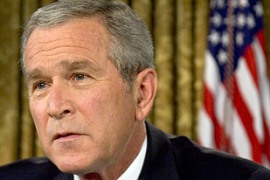