A large stock of arms and ammunitions were also uncovered during the offensive, the military said.

“A claymore mine exploded by the LTTE, targeting a military bus, killed two soldiers and wounded seven in Jaffna,” a spokesman at the Media Centre for National Security, part of the ministry of defence, said on Saturday.

“Soldiers killed 14 terrorists in three different incidents in Vavuniya. Three soldiers were killed in the fighting,” he said.

The military also said that an elite commando police officer, wounded in fighting in Ampara, had died later in hospital.

The Tamil Tigers, who want an independent state for the Tamil minority in the north and the east of the country, were not immediately available for comment.

An estimated 5,000 people have died since last year in renewed fighting after a peace process collapsed.

About 70,000 people have been killed, including thousands of civilians, since the civil war erupted in 1983. 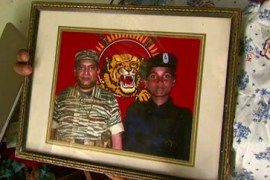 What drives women suicide bombers to die for their cause? 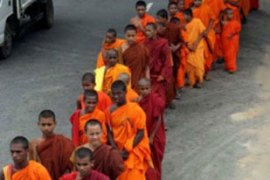 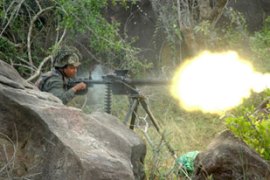