The statement said that the funding would be available “during the current period of turbulence in financial markets”.

It said the BoE could also step in to help other institutions facing short-term problems.

The mortgage lender said it would show profits this year of between one billion and $1.1 billion.

US homeowners defaulting on high-risk mortgages, a rising trend in the US economy, has caused a credit crisis and financial market instability.

The international crisis was prompted by a steep dive in the high-risk US housing market that has threatened mortgage-backed securities elsewhere.

European equities extended losses in morning trade on Friday, after Northern Rock issued a profit warning and tapped the Bank of England for funding.

Shares in the mortgage lender plunged 25 per cent as it became the biggest British casualty so far of the credit squeeze sparked by US mortgage crisis.

Banks were among the biggest losers, with HBOS down 3 per cent, BNP Paribas lost 2.1 per cent and Barclays fell 3.1 per cent. Brokers slashed their price targets on Northern Rock.

By 0805 GMT, the pan-European FTSEurofirst 300 index was down 1.1 per cent after having risen 3 per cent over the past three sessions.

A fall in US monthly payrolls last week stoked worries of a recession in the world’s largest economy and now markets expect the US Federal Reserve to cut interest rates at its meeting next week.

On Thursday, Northern Rock’s share price on the London Stock Exchange closed at 638.75 pence – its lowest level since March 2003.

John McFall, chairman of the parliamentary committee that oversees financial issues, has urged the lender’s customers to stay calm.

He said Northern Rock’s request for funding should be seen as “reassuring, because it means they think the problems are temporary.”

The Bank of England had previously been quiet since the credit crisis erupted last month.

The Bank of Englad stance had contrasted with responses by the US Federal Reserve, the European Central Bank and the Bank of Japan – all of which have pumped tens of billions of dollars, euros and yen into their banking systems. 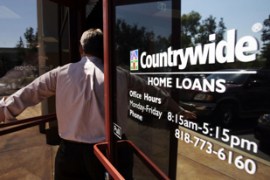 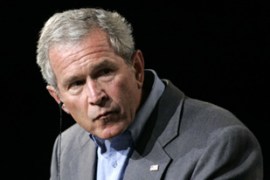