Al Jazeera travels through the cities of al-Anbar province, cited as an example of success under the so-called US troop surge by General David Petraeus this week.

We asked tribal chiefs about their expectations and fears should US troops withdraw from the country.

On a recent visit to Ramadi, the capital of al-Anbar, Tariq al-Hashemi, the Sunni Iraqi vice-president called on Iraqis who had fled the years of fighting to return.

“The heads of tribes need to take advantage of the improved security in al-Anbar and partake in a new era of reconstruction. This is the new battlefront,” his media office told Al Jazeera in a subsequent written statement.

The province is beginning to regain security and stability after some of the heaviest fighting against US forces.

In al-Qaem, Qubaisa, Hiyt and Ramadi, police cadets, trained in academies in Jordan and Egypt, are returning to rebuild the barely functioning police departments.

But some tribal chiefs say they fear that a US withdrawal could undermine these efforts.

Sheikh Mahmood Ejemi, head of the Ejmani tribe in Hiyt, believes the improved security could quickly unravel without sufficient US support.

“I advise the Americans to withdraw only when Iraqis can secure and achieve security and have a strong and capable military force to protect the borders and the populace,” he told Al Jazeera.

“We need to have a national government that protects Iraqis, not works to isolate and kill them, like it is doing now.

“We need US support in fighting sectarian militias and al-Qaeda.”

In his visit to al-Anbar last week, George Bush, the US president, met Sheikh Abdel Sattar Abu Risha, head of the Majlis Inqath al-Anbar (The Anbar Salvation Council) and pledged US support in rooting out al-Qaeda.

But this tribal campaign against al-Qaeda would have seemed unlikely a few years ago.

Sheikh Ejemi admits that in the first few years of the war, Iraqis opposed to the US presence supported Arab fighters who attacked US forces and their allies.

But soon, groups working under the al-Qaeda banner began to enforce an form of Islam alien to Iraqi society and harassed those who did not support them.

Abu Musab al-Zarqawi, the Jordanian head of al-Qaeda in Iraq, who was killed by the US in 2006,  issued a threat to Sunnis who resisted him in 2005. Many police officials, teachers, and Sunni religious leaders were killed, apparently as a result of his threats.

Ejemi says rather than fight US troops, al-Qaeda turned on ordinary Iraqis.

“They then began to blow up mosques and publicly behead people who fought against US troops,” he says.

“They targeted our Shia brothers with sheer hatred and created a sectarian war in our midst.”

However, not all tribal chiefs believe that Iraqis should work with US forces, revealing fundamental divisions among many of the tribes in the western province.

Sheikh Sabeeh al-Ani, chief of the al-Ani tribe, says that the sooner US forces withdraw the better the future for his people and the future of Iraq.

“Those who want American forces to stay are only their supporters; the Americans are only protecting them, not the Iraqis. We are not benefiting from their presence,” he says.

He cites several Iraqi initiatives – including a campaign initiated by former Baathists against foreign extremists – to remove al-Qaeda before US troops offered help.

“I think Iraq is full of sincere and capable people who will run the country successfully without US protection and support.”

Other Sunnis have bitterly criticised tribes for working with the Americans. In recent months, Sheikh Harith al-Dhari, head of the Association of Muslim Scholars, said that Abu Risha was working with the US for his own personal gain in al-Anbar, not for the benefit of other Iraqis.

Al-Dhari has also accused some tribes of receiving bribes for “switching sides” and called for disbanding The Anbar Salvation Council.

Sunnis in the province are also divided over what to do in the event of a US withdrawal and over what role in Iraq’s future the tribes should play.

Ejemi says he believes a tribal role will undermine a national agenda and create divisions.

“I don’t support the tribal role in any coming government even after the US withdrawal because the tribes’ [own] priorities will always come before that of the country as a whole,” he told Al Jazeera.

“This will destroy any national political policy. Keep the tribes out of it.”

Sheikh Ismail al-Qargoly, head of the Qargol tribe, went a step further – saying that only a strong central authority figure can hold the country together after a US withdrawal.

“I will be honest with you; democracy will not work in Iraq,” he told Al Jazeera.

“If and when the US military withdraws, Iraqis will realise that only a dictator with an iron fist can put down the fighting and bring security.”

Sheikh al-Qargoly predicts a sharp increase in sectarian fighting, with Iraq suffering further high-profile attacks such as that on the al-Askari shrine in Samarra.

“They will prefer the harshness of a dictator, even with his repression, to a country run by a sectarian agenda,” he says.

Sheikh Mustaffa al-Heyali, a senior figure in the Heyaleen tribe, is even more blunt, telling Al Jazeera that the US can never leave Iraq as other nations in the region, namely Iran, would exploit the resultant chaos.

“The US authorities realise that withdrawing will create a disequilibrium, not only in Iraq, but in the whole Middle East. US departure means a strong force will have to fill the gap – and that is Iran.

“Iraq is a great economic and geographical prize in the Middle East. The US and UK will never allow Iran to assume control of Iraq.” 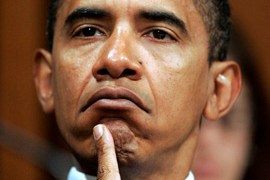 General Petraeus hears criticism from senators of the US military strategy in Iraq. 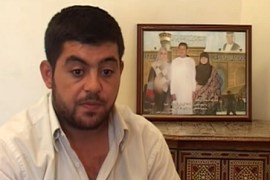 Paying the price in Baghdad