But he emphasised that it was not the federal government’s job to bail out the mortgage lending industry, a comment that has caused US stock prices to pare gains.

“The government’s got a role to play. But it is limited. A federal bailout of lenders would only encourage a recurrence of the problem,” Bush said.

“We can’t keep everyone in their home,” Paulson said.

“But we sure as heck can make a big effort to help those who have got the capability to own a home refinance.”

Democrats criticised Bush’s stand-back approach and have urged more direct action to protect homeowners who may not realise the problems they face as their adjustable-rate mortgages reset with higher rates that push monthly payments up.

Senator Barack Obama, who is running for president in 2008, said Bush was not doing enough.

“For six years, the president and Congress have allowed lending industry lobbyists to block sensible regulations that could have prevented this crisis in the first place,” he said.

“These are welcome steps, but the president’s proposal does not go far enough.”

Meanwhile, Bush urged lenders to work with homeowners to renegotiate their mortgages to prevent default.

He called on Congress to approve legislation he proposed last year to modernise the Federal Housing Administration (FHA), which provides mortgage insurance to borrowers through a network of private-sector lenders.

The administration proposal would lower the required down payment for FHA loans and raise the limit on eligible mortgages.

The FHA will soon launch a new programme called “FHA Secure” to allow homeowners with good credit history, but who cannot afford their current payments, to refinance into FHA-insured mortgages, Bush said.

He also pledged to work with the Democratic-led Congress to temporarily reform a key housing provision of the federal tax code to make it easier for homeowners to refinance their mortgages.

Democrats have accused the administration of being insensitive to the plight of a rising tide of poorer Americans facing the threat of foreclosure.

Financial analysts said Bush’s proposals were unlikely to have an immediate impact on homeowners who may be in danger of defaulting on their mortgages. “I don’t think he’s outlining a rescue plan. 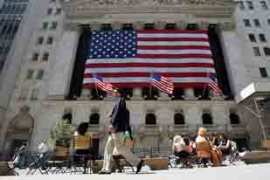