Sitthichai Pookaiyaudoom, Thailand’s minister for information and communication technology, said the ban had been lifted after YouTube installed filters to prevent Thai users watching controversial clilps of the king.

“It was lifted after YouTube managed to find filter technology to screen out clips we do not want,” Sitthichai told the AFP news agency.

“In fact we told YouTube many months ago what we wanted, but  they were only just now able to do that,” he said.

Thailand’s Nation newspaper reported on Friday that YouTube, owned by the US-based internet giant Google, had agreed to filter out offensive clips by preventing Thai internet service providers from accessing them.

The paper said YouTube had decided not to remove the clips entirely in order to respect the free speech rights of its users.

“Even though the ban on YouTube was lifted, it came with conditions,” she said.

“Freedom of expression will be still limited.”

Google provoked an outcry and debate over internet censorship in January 2006 when it agreed to restrict its web search services in China under an agreement with Beijing.

It modified the version of its search engine in the communist state to exclude politically sensitive topics such as the Tiananmen Square massacre and the Falun Gong movement.

Google could not immediately be reached for comment, AFP reported.

Thailand continues to block hundreds of websites – mainly pornography – but also those that are critical of the king.

Thaksin Shinawatra, the former Thai leader, was widely condemned for his heavy-handed tactics in dealing with the media, but critics say respect for free speech – especially on the Internet – has worsened since the military seized power in a coup last year.

New York-based Human Rights Watch said in May that Thailand was stifling free political debate by shutting down political websites and moving to silence online critics.

Thailand’s king, almost universally adored in his country, is the world’s longest-reigning monarch and one of the few still protected by tough laws that prohibit any insult against the royal family.

In late March, a Thai court jailed a Swiss man for 10 years for insulting the monarch by vandalising his portraits.
The king later pardoned the man, who was then deported from Thailand.
Source : News Agencies 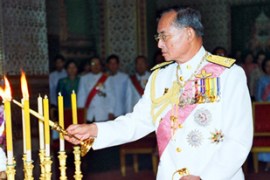 New clips condemn the government for trampling on freedom of expression. 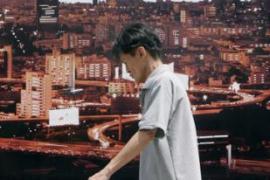 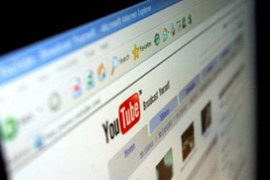