“Senior university administrators … failed to issue an all-campus notification about the West Ambler Johnston killings until almost two hours had elapsed,” the report said.
“The VTPD (Virginia Tech police department) erred in not requesting … a campus-wide notification that two persons had been killed and that all students and staff should be cautious and alert.”
However, the report concluded that while alerts might have helped students and staff to protect themselves or alert authorities of suspicious activity, closing the 131 buildings campus was not feasible.
No resignations
The 147-page document said that signs of Cho’s mental illness had not been properly handled by campus officials.

“During Cho’s junior year at Virginia Tech, numerous incidents occurred that were clear warnings of mental instability,” it said.

The eight-member panel,appointed by Timothy M. Kaine, Virginia’s governor, spent four months investigating the worst mass shooting in modern US history.
Kaine said earlier on Wednesday that he did not conclude from the report that either Charles Steger, the president of Virginia Tech or Wendell Flinchum, the campus police chief, should resign.
“The points that I will raise tomorrow, I don’t view that they would be solved by taking that step,” Kaine said.
Email warning
Cho killed the first two students just after 7:00am local time, more than two hours before his deadly rampage in classroom building across campus.
Campus police initially pursued the boyfriend of the female student who was killed, believing the incident to be domestic in nature after an acquaintance said the boyfriend of the victim was fond of guns.
It was not until 9:26 am that the school sent an e-mail to students and faculty.
The subject line read, “Shooting on campus.”
The message read: “The university community is urged to be cautious and are asked to contact Virginia Tech Police if you observe anything suspicious or with information on the case.”
No further action was ordered. Cho began shooting inside Norris Hall about 20 minutes later, before killing himself.
The protocol for sending an emergency message on April 16 was “cumbersome, untimely, and problematic when a decision was needed as soon as possible,” the report said.
Source : News Agencies 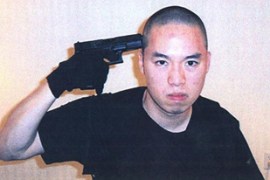 Killer’s family “never could have envisioned he was capable of so much violence”. 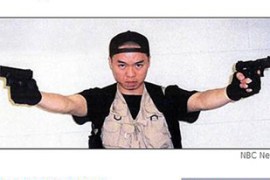 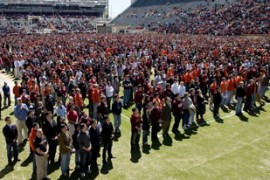 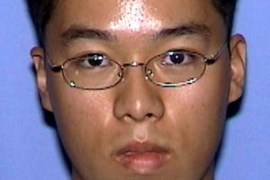