But, Alan Fisher, Al Jazeera’s correspondent in Kabul, said: “The hostages will be released, but the conditions are not as clear cut as that.”

A release could be within hours or days, he said.

The Korean side said it was initially unable to meet the kidnappers’ chief demand to release Taliban prisoners held by the Afghan government in exchange for the hostages, most of them women.

Melissa Chan, Al Jazeera’s correspondent monitoring the relatives of the South Korean hostages, said that the removal of the Afghan government from negotations with the Taliban was key to the release of the hostages.

“It has been absolutely crucial for this breakthrough to happen, that the South Koreans speak directly with the Taliban.

“It took a few weeks for this to happen. This is really key for the South Korean government, they have managed to free the hostages on their own.”

Fisher said: “Also around the negotiating table, as well as the Taliban and the South Koreans, were two Indonesians acting as brokers, who could have been crucial in the release of the hostages.”

The meeting marked the fourth time the two sides have met over the fate of the volunteers who were abducted as they travelled by bus from Kabul to Kandahar on July 19.

Two male hostages were killed in late July and two women were released earlier this month.

Another 14 women and five men are still being held.

The Taliban has threatened to kill more hostages unless Afghan authorities agree to release jailed fighters in exchange.

Seoul has said it would pull out its 200 troops from Afghanistan, mostly engineers and medical workers, by the end of the year as scheduled. 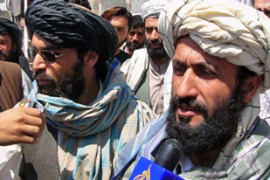 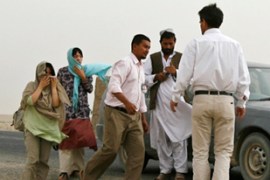