The AKP only needed an absolute majority to secure the post. In the previous two rounds in the chamber they failed because a two-thirds majority was required.
Two other candidatesa also stood for president.

“The Turkish Armed Forces will not make any concessions … in its duty of guarding the Turkish Republic, a secular and social state based on the rule of law,” Buyukanit said in a written message.

Barnaby Philips, Al Jazeera’s correspondent in Ankara, said: “The army sees itself as the guardian of the secular constitution [but] Gul laughs off suggestions that he harbours a secret Islamist agenda.”

Turkish Milliyet newspaper said: “Gul’s election will be a turning point in our political history that could draw us one step closer to democratic maturity.”

Hardline secularists are also irritated by the fact that Gul’s wife wears the Islamic headscarf, which they see as a symbol of defiance of the secular system. 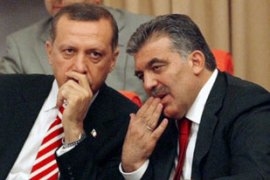 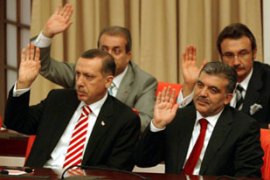 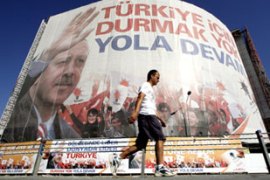