The paper did not say if any other miners were believed to be trapped in the collapse.

The good news of their “miracle escape” was tempered by reports of how they survived – apparently by drinking each other’s urine in the absence of any other food or water, the China Daily said.

The two emerged from the pit on Friday and were immediately taken to hospital.

Doctors said the men, both in their 40s, had lost a lot of weight and their kidneys were damaged due to days without food and water.

“It is a miracle,” Zhao Jie, the doctor who treated the pair, was quoted as saying.

The owner of the mine, a local villager, fled after the accident, according to the paper.

News of the escape comes days after one of China‘s worst ever mining disasters hit two neighbouring pits near Xintai in the east of the country.

Some 181 miners were trapped and are now presumed dead after flood waters from a nearby river gushed into the two mines, trapping the miners underground 10 days ago.

China has the world’s deadliest mining industry with an average of 13 miners killed in accidents every day. 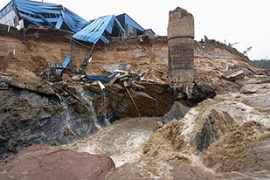 Mine flood was ‘natural disaster’ 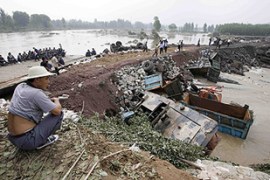 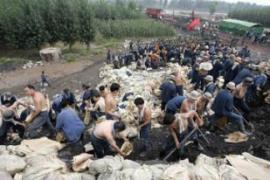 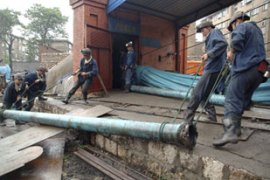