He said in a statement that it would suggest to the public that “people who wear turbans are dangerous”.
“Telling screeners to search people in turbans is the same as telling them to search black people or Arabs or Muslims.”
Profiling

Lara Uselding, a TSA spokeswoman, acknowledged that the agency, which oversees security at 450 US airports as well as on railways and ports, revised its screening procedures for head coverings earlier in August.

But she denied the changes had anything to do with a traveller’s religion.

“TSA does not conduct ethnic or religious profiling, and employs multiple checks and balances to ensure profiling does not happen,” Uselding said.

The old policy allowed airport screeners to search turbans only if their owners had triggered alarms when passing through a metal detector, the coalition said.
Screeners were also required to do as much as possible to avoid physically touching the sacred turbans.
The turban is worn to underscore the distinct Sikh identity and full commitment to their faith, according to members of the religion.
It is obligatory for men and optional for women. Sikhism is the fifth largest religion in the world with an estimated 23 million followers, the majority in India.
About 500,000 Sikhs live in the United States.
Harassment
Some Sikhs say they have been harassed in the wake of the September 11, 2001, attacks on the World Trade Centre as some Americans associated them with al-Qaeda or the Taliban.
Balbir Singh Sodhi, a Sikh petrol station owner from Arizona, was shot and killed four days after the attacks by a mentally unstable American man, who is said to have concluded, after seeing Balbir’s turban, that he was an ally of Osama bin Laden, al-Qaeda’s founder.
“Since September 11, 2001, hundreds of Sikhs have been harassed, beaten, and even killed because of the association of their turbans and beards with terrorism,” the coalition said in a statement.
According to the Sikh Coalition, the new headdress policy marks a significant departure from procedures adopted by the US government in November in 2001, though the group acknowledged the policy would also apply to cowboy hats and some berets.
Source : News Agencies 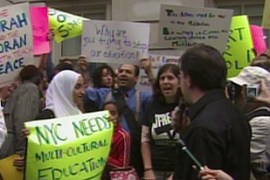 Critics warn of “Islamist agenda” but supporters say such comments are racist. 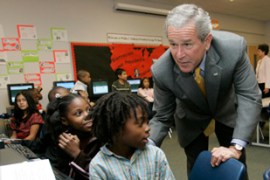 US in key racial diversity decision

Supreme Court decision rules that race cannot be a factor in determining school.